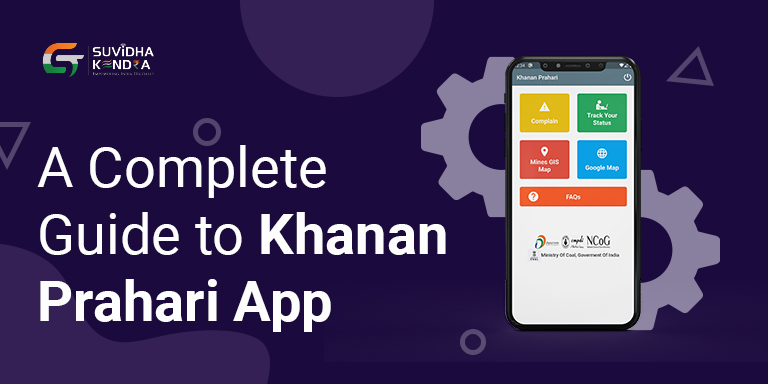 In a country like India, illegal mining is considered a genuine problem. It is not only damaging natural resources but is also against of environment.

Coal Mining is a main source of livelihood for those poor families who are living near coal belts. However, they shouldn’t depend on illegal coal mining for their sustenance.

The Indian government wants to save national resources. The government also wants to upgrade the condition of local people living near the coal belts.

The Union Minister of Coal, Railways, Finance, and Corporate Affairs, Shri Piyush Goyal introduced CMSMS and Mobile Application ‘Khanan Prahari’. The App has been created by CMPDI, Ranchi. We will talk about CMSMS later in this blog.

CMPDI stands for Central Mine Planning and Design Institute. It is a Supplementary of CIL* and BISAG*.

The basic platform used in the Khanan Prahari App is the Ministry of Electronic and Information Technology (MeiTY). This app is regarded as a move of Prime Minister Shri Narendra Modi towards utilising space science for peaceful activities.

Users can register unlawful coal mining activity to the concerned authorities through this app. They need to complain about the area of an incident with 100 metres buffer.

Users can provide geo-tagged photographs of the incident directly to the system. You can provide textual information too. Satellite data and information from humans both are used to capture information on illegal activities of mining.

The Nodal Officers control and take action related to any kind of report. Users can track their complaints with the help of the system. The identity of the users who complained shall not be revealed.

The system is based on data from satellites.

At different steps, action taken on triggers will be followed up.

How to Use Khanan Prahari App?

You will find this app is on both OS. To use it on your Android mobile phone, download it from Play Store. In the case of iOS, you can install this app on App Store. The rest of the process of using the app is the same in both Android and iOS.

The main objective of CMSMS is to monitor unlawful coal mining. It also takes action against the illegal mining of coals.

CMSMS is a web-based Geographic Information System (GIS) application. The location of illegal mines can be detected with the help of this application.

There are two different ways in which CMSMS reports or identifies illegal coal mining. The first method is repeated satellite scanning.

The second one is through the data provided by liable citizens. The citizen can provide data with the help of the ‘Khanan Prahari’ application.

So if you’re living in a coal belt area and are seeing any wrong thing, you can complain about it. This app is accessible and user-friendly.

Take benefit of this app and make our nation, India a safer place and work towards saving our natural resources!