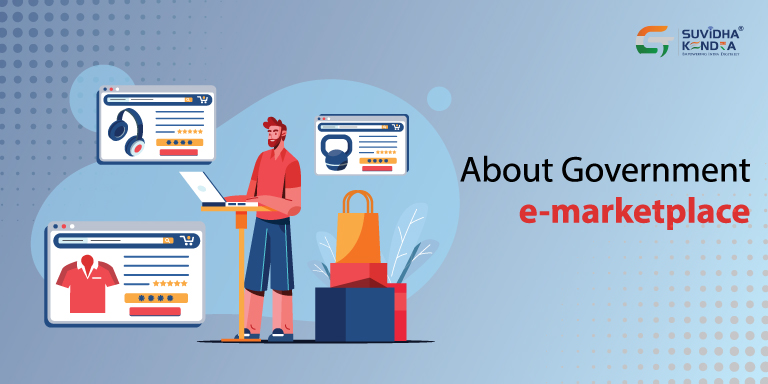 It simplifies the product purchasing that is required by various departments of Government. To learn more about GeM and how it works, read below:

What is the use of a Government e-marketplace?

This portal aims to enhance transparency, productivity, and speed in the process of public procurement. It is a practical and self-sustaining portal.

GeM platform is run by Special Purpose Vehicle (SPV). SPV is a non-profitable company that is associated with the Ministry of Commerce and Industries. Indian government deals with SPV.

It is a user-friendly website for procurement. GeM forms play a significant role in Government activity and Public Procurement.

“The average savings for buyers in the GeM portal is about 9.75% on the median price”. – World Bank

Sellers must show the ‘Country of origin’ on the goods which they are selling on the GeM portal.

On August 9, 2016, the Ministry of Commerce and Industry of India started GeM. The government’s main aim is to form a free and clear purchasing platform for government buyers.

It is a cashless and paperless market for online purchasing. The starting form of this portal was created by the Directorate General of Supplies and Disposals (DGS&D) associated with the Ministry of Commerce and Industry.

The current GeM portal is created by the Managed Service Provider (MSP) that Intellect Design Arena leads. GeM has partnered with different banks and ERP systems of large buyers for payment services. Shri Prashant Kumar Singh is the current Chief Executive Officer of GeM. He is an IAS officer of the 1993 batch of Manipur Cadre.

The objective of GeM

The main motto of this platform is to boost transparency in procurement. It increases the effectiveness and speed of public procurement. It maintains all types of purchasing like bidding, e-bidding, and direct purchase.

As per Rule 149 of the General Financial Rules, 2017, the procurement of products by departments of government has been compulsory for Goods available on the portal. Enterprises of the public sector and State Governments are boosted to procure via this portal.

This system increase transparency in the placement of the order, vendor registration, and process of payment by a great amount. There are no access boundaries for the bonafide suppliers who seem interested to do business with the Government.

Sellers, buyers, and paying authorities are kept updated with SMS and e-Mail notifications.

The direct purchase can be made on GeM online in a few minutes. The bidding/Reverse Auction (RA) facility on GeM is one of the most dynamic ways for purchasing in case of higher value.

It is a purely secure platform. Buyers and sellers e-signed all the documents at various stages in this portal.

It has set its target to achieve Gross Merchandise Value (GMV) which is equal to 4-5% of the GDP of India.

The demand for GeM is increasing and the price is reducing. It is only because the government e-marketplace is easy to use and effective.

The average prices on this platform are lower by at least 15-20%. The price increases up to 56% in some cases. The e-marketplace is also increasing demand for items that are to purchase by several Central/ State departments of Government.

Who can buy/purchase through GeM?

Is GST mandatory for GeM registration?

You will require a GST registration certificate to choose a tax category. A cancelled cheque copy for bank details and Aadhaar Card for identity proof are needed for bank details.

Who can become a seller on GeM?

People wishing to sell their services to government agencies can become sellers on GeM. To become a seller he/she has to register themself on this portal. The portal has 2 types of sellers. The first is an authorised seller and the second is original equipment manufacturers (OEMs).