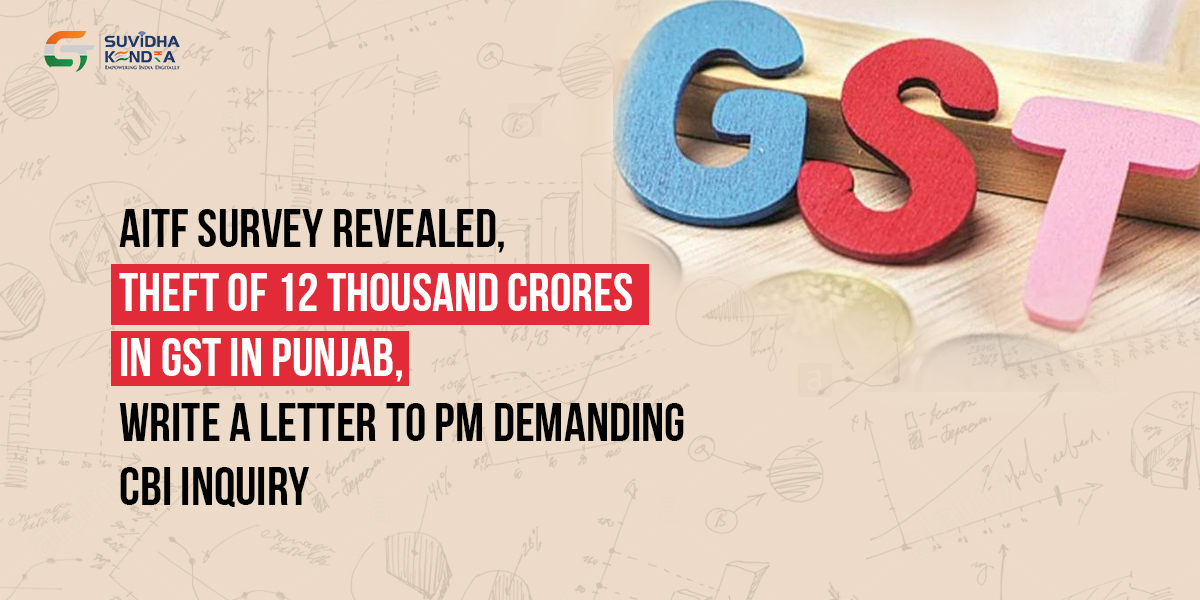 The survey by All Industries and Trade Forum (AITF) has revealed that each year in Punjab, GST worth twelve thousand crores is being stolen through bogus billing. AITF President Baddish Jindal has written a letter to Prime Minister Narendra Modi demanding that the GST theft should be investigated by the CBI.

In the letter, Jindal said that the GST collection fell significantly during the Corona period. The central and state governments are making efforts to extend this, while on the opposite hand, the theft of GST is additionally a significant issue. It’s important to tighten it. For this, a radical investigation should be done to show those involved in bogus billing. Jindal said that it’s become clear within the study that the gathering of tax is coming down. It’s clear that the movement of products on unbilled goods and bills at lower prices is being done indiscriminately.