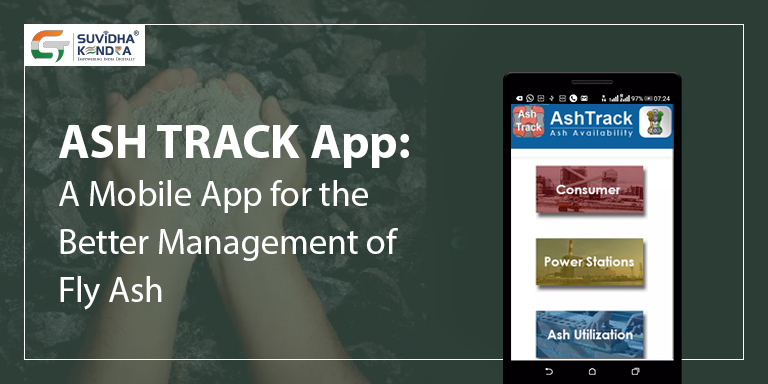 ASH TRACK App was introduced to manage to fly ash produced by thermal power plants in a better way. This App provides an association between users such as road contractors and fly ash producers such as Thermal Power Plants.

Fly Ash is an unwanted unburnt residue produced by thermal power plants. It evacuates along with duct gases while burning coal. With the help of electrostatic precipitators, fly ash can be stored.

This substance is light in weight. It can cause groundwater pollution and air pollution. Therefore, the disposal of fly ash is essential. But, the removal requires large quantities of land, energy, and water.

The disposal of fly ash is even more complicated because it contains low-grade coal. It is said that Indian coal has more ash content than other countries’ coal.

The content of ash in Indian coal is 30-45 per cent. In a comparison of imported coal, ash content is 10-15 per cent (Central Electricity Authority, 2018). This shows that ash poses a great challenge to the Indian Government.

However, the government managed to beat this challenge. The Government introduced the ASH TRACK App for the better management of ash. This blog contains all the essential information related to the ASH TRACK App.

Some Facts About Fly Ash

Union Minister of State (IC) for Power and New and Renewable Energy, Shri R.K Singh, introduced the ASH Track App on 9th February 2018 in New Delhi. This is an ASH TRACK mobile application that monitors the system.

It was introduced with the aim of perfect conduction of the ash produced by thermal power plants.

Highlights of the ASH TRACK App

Use of Fly Ash

It is proven that fly ash can be used in various construction applications. The different use of fly ash is as follows:

There is a great demand for this app to manage the ash composed by power plants. Only 63% of the fly ash is being used currently but the target is 100%.

Features of the ASH TRACK App

The ASH TRACK App tracks coal power plants situated between 100 kilometres and 300 kilometres from a specified location and manages 200 million tonnes of fly ash. This app gives utilisation status on the basis of plant-wise, utility-wise, and state-wise in the country.

The thermal plants regularly update the generation of fly ash. It also updates about usage as well as stock on the app. This act of thermal plants helps in direct monitoring for increasing the utilisation of the ash. This way the environment could be saved from poisonous emissions.

The ASH TRACK App has the following features:

How to Use an ASH TRACK App?

The users can install the ASH TRACK App on their Android and iOS. The process for both OS is given here: