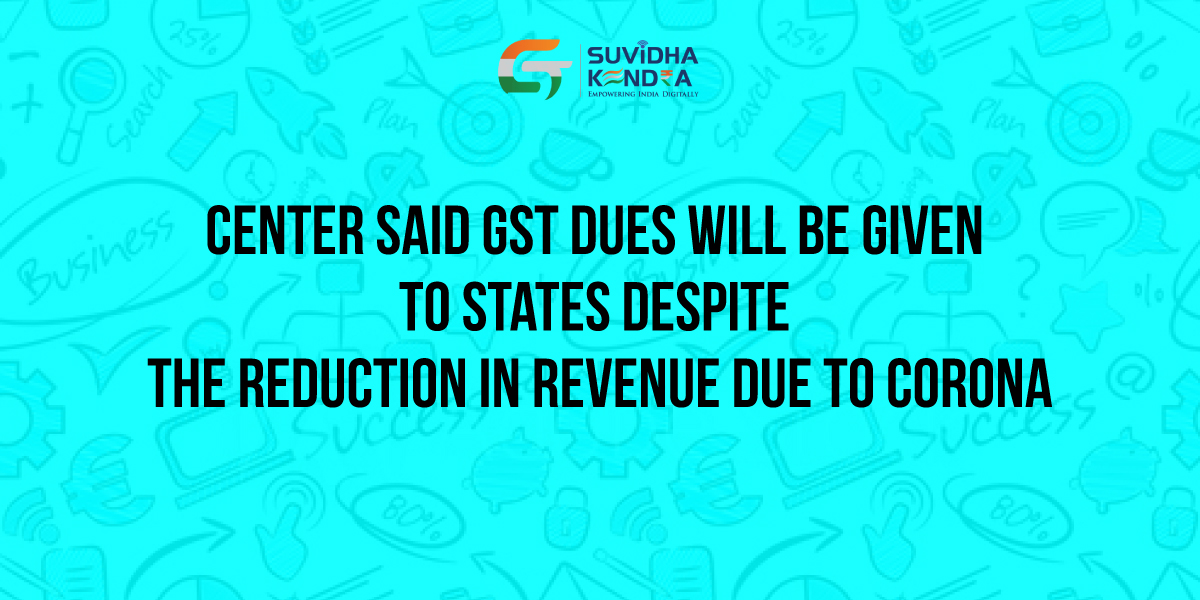 The central government has said that there has been a decrease in revenue due to the coronavirus epidemic but then it will pay the outstanding amount of GST to the states. In a letter written to the states, the Center has promised that it will pay the dues of the states despite a steep decline in the recovery of GST cess due to Corona. The economic damage caused by the coronavirus was described by Finance Minister Nirmala Sitharaman as ‘Act of God’. After the meeting on August 27, the GST Council had put two options before the states and asked them to decide on them within a week.

The Center on Thursday gave two options to the non-NDA-ruled states to compensate for the reduction in GST revenue on Thursday amidst the demand for immediate GST compensation. Under this, states can take loans from the market in lieu of future tax receipts. However, Punjab and Delhi expressed their disagreement on this. The Center has estimated a decrease of Rs 2.35 lakh crore in GST revenue receipts in the current financial year.

Finance Minister Nirmala Sitharaman had said after a five-hour meeting of the GST Council that there has been an increase in revenue due to the COVID -19 epidemic and there is no proposal to increase the tax rates to make up for it. Citing the legal opinion of the Attorney General, he ruled out the possibility of the central government replenishing the revenue by taking loans from its own fund or in its own account.

The Center also clarified the difference between the revenue loss due to the implementation of GST and the economic slowdown due to the COVID -19 crisis. The government said that its legal obligation is only to compensate for the loss in revenue due to GST.

The Finance Minister said that the state can make up for the losses by taking loans using a special window. This loan can be repaid after five years from GST cess collection.
He said that the state can take a loan of Rs. 97,000 crore in revenue due to the implementation of GST or the entire amount of Rs. 2.35 lakh crore. If the states agree on any of these options, it would mean that the cess would continue even after five years of GST implementation.