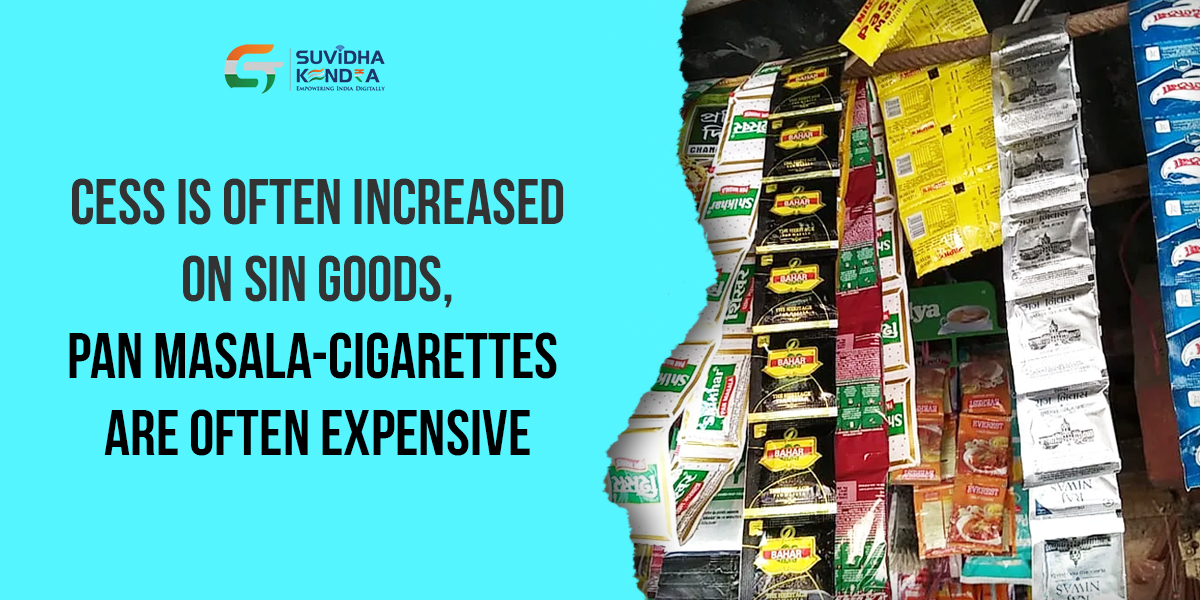 The Goods and Services Tax (GST) Council is scheduled to satisfy this month. GST Council meeting is often held any time of August. The only agenda of this meeting is going to be on measures to satisfy the compensation needs. Aside from this, there’s also an opportunity to debate three top suggestions to extend the compensation fund within the meeting.
According to information received by sources, some states are likely to debate the proposal to extend the cess on perishable goods i.e. Sin Goods within the GST Council meeting. States like Punjab, Chhattisgarh, Bihar, Goa, Delhi are among those that suggest increasing the cess on sin goods.

According to the present GST rate structure, some sin goods, which include cigarettes, pan masala, and aerated drinks, attract cess. Aside from sin goods, cess is additionally imposed on luxury products like cars. Currently, pan masala attracts 100 percent cess and as per the cess rules, cess is often increased up to 130 percent. which suggests that if the GST Council takes this decision, then there’ll be a 30 percent cess rate on pan masala.

Similarly, aerated drinks attract a cess of 12 percent and therefore the maximum limit for cess within the law is 15 percent, so 3 percent additional cess is often added if the council decides.
The maximum possible cess which will be levied for cigarettes is Rs 4,170 per thousand sticks with 290 percent ad valeram. Currently, all categories of cigarettes carry a further burden of Rs 4,170 per thousand sticks and are only imposed on a selected sort of cigarette. In terms of cess percentage, only 36 percent of cess is attracted till now.
Given that the GST Council has the choice of imposing a further cess of 254 percent. However, it’s unprecedented that the Council increases the cess on any item to the utmost extent possible at just one occasion