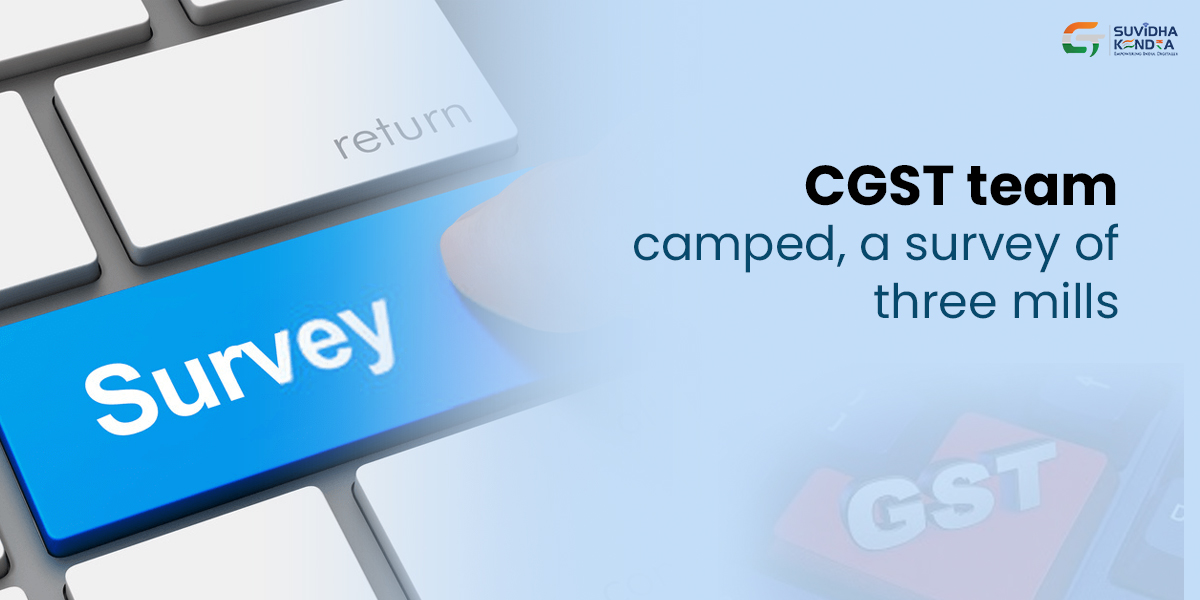 The Central Goods and Services Tax Department has lost its eye on goods being stolen from GST on fake bills and being sent to other districts. The officials of Meerut have started a survey by raiding three rolling mills within the district through trucks caught with fake bills. Initial investigation has caught the theft of many taxes.

Tax evasion branch of Central Goods and Services Tax (CGST) Department Meerut had caught trucks crammed with five heads during the checking of the e-way bill within the district recently. All five drivers didn’t have an e-way bill for the transport of products. At an equivalent time, the vehicle bills were also found suspicious. The bills received with the drivers were shown in Uttarakhand. The trucks, including the cargo, were seized by the authorities, considering all the activities as suspicious. during this episode, the team of members of CGST Meerut Assistant Commissioner Ankit Gehlot, Superintendent Pankaj Tyagi, Inspector Akhil Tyagi etc. reached Swaroop steel mill, Bharat Steel and Sarvottam steel mill. The team started surveying all three mills from noon. An initial investigation confirmed to the team that the products loaded within the five trucks belonged to those mills, Those who are stealing GST by sending goods without generating fake bills and e-way bills. After the survey of the three mills began, there was chaos within the iron and paper industry operators. Team officials have started an investigation by taking documents from the mills during the survey. Sources say that after the investigation, big evasion might be exposed.
Local officials are kind to the steel mill and paper industry

The Meerut CTST team has caught evasion of rolling mills. In five trucks, evasion of 4 and a half lakhs on goods worth about 25 lakhs has been revealed. In such a situation, the question is that even after the local CGST and State GST teams have woven an enormous net on the roads, these vehicles are escaping the eyes of the authorities. The action taken by the surface team questions the functioning of the local authorities.

Trucks crammed with five headers with no waybills and faux bills were caught. The survey has been started on three rolling mills supported an equivalent good. Large evasion of tax is estimated. it’s being investigated after the occupation of the document. there’ll be an investigation overnight. evasion is going to be declared only then. evasion of about four and a half lakhs has been received on the products of trucks.