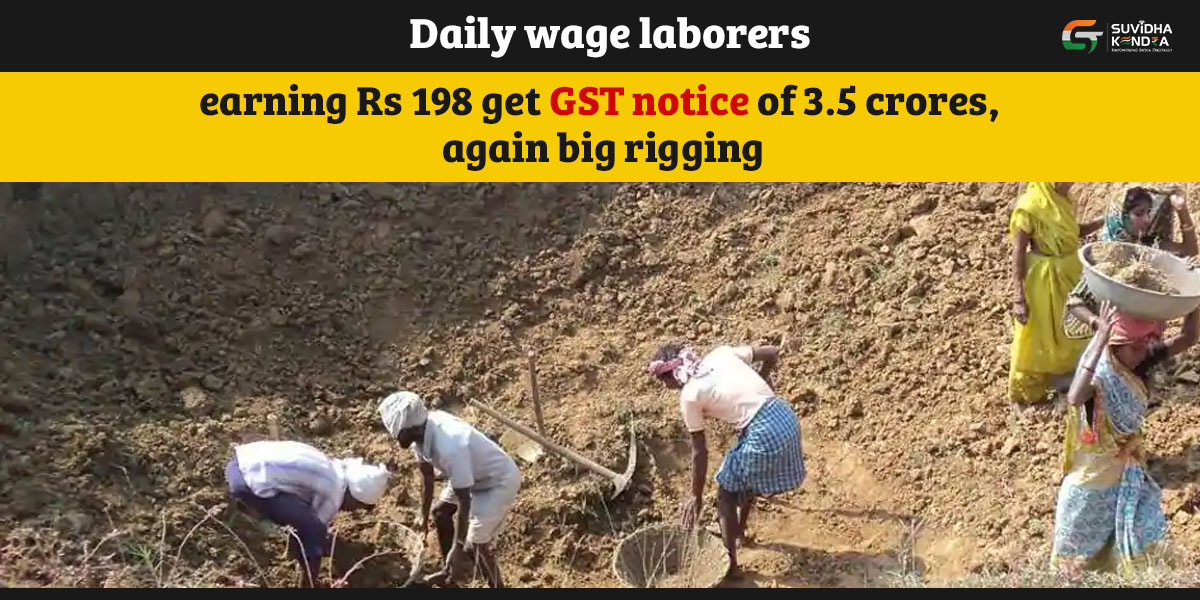 A daily wage laborer earning Rs 198 each day under MGNREGA in Raipahari village of Singhbhum district of Jharkhand, lost his senses when he received a GST notice of Rs 3.5 crore. In fact, a police team reached Ladun’s house, who had come to arrest him on charges of GST theft. After seeing the condition of Ladun, the investigation was started and an enormous rigging came out.

The police team was shocked to ascertain that the person whom she has come to arrest on charges of evasion of crores, herself lives a really normal life. In fact, within the official record, 48-year-old Ladun Murmu was named because the director of MS Steel and was accused of stealing GST worth 3.5 crores during a transaction of 5.58 crore. Within the same case, an FIR was lodged by the GST department of the state of Jharkhand.

Senior Superintendent of Police of Jamshedpur, Dr. M. Tamil Vanan said that the police team had gone to arrest Ladun Murmu, MD of faux company MS Steel. The team came to understand that Ladun may be a poor daily wage laborer who works under MNREGA. Investigation revealed that somebody formed a fake company using his PAN card and Aadhaar card. After this, the investigation of the case was handed over to the special team.

Please tell that after the protests of the villagers, the police released Ladun. Ladun told during interrogation that he earns Rs 198 daily under MGNREGA. With this, he’s unable to urge food 2 times. So how can he be the MD of a company?

According to the knowledge, the state tax officer Santosh Kumar had filed an FIR within the case after passing the date of notice of GST payment. It had been told that MS Steel sent 5.58 crore steel to Trinetra Traders, Omkar Traders, Trinath Enterprises, Alam Metal Store, Sidhuja Steel, and Saubhadra during e-way Bill 87E during November-December within the fiscal year 2018-19 Was.