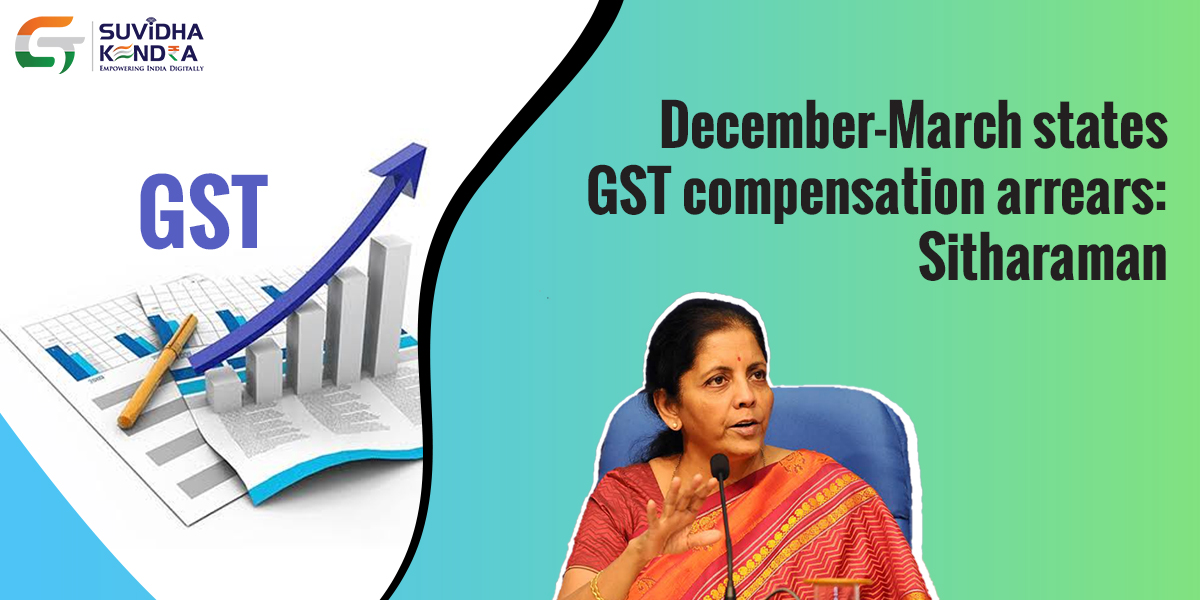 Finance Minister Nirmala Sitharaman said on Sunday that there is a due of the last four months from December to March of the Goods and Services Tax (GST) compensation payable to the states. Sitharaman told reporters here, “We are talking about it from time to time. The GST dues are clearly explained in the GST Council.

This is not happening with the state-specific … All In the case of states, the GST indemnities of December, January, February, and March have not been paid. “Under the GST Act, states are allowed to pay revenue for the first five years of GST.

Guarantee of payment of compensation for loss of Rs. GST has come into effect from July 1, 2017. Revenue reduction is calculated on the basis of estimating 2015-16 to be 14 percent increase in GST collections annually as the base year. 5%, 12%, 18% and 28% of the tax is levied under GST. Besides this, cess is also levied on luxury and perishable goods.