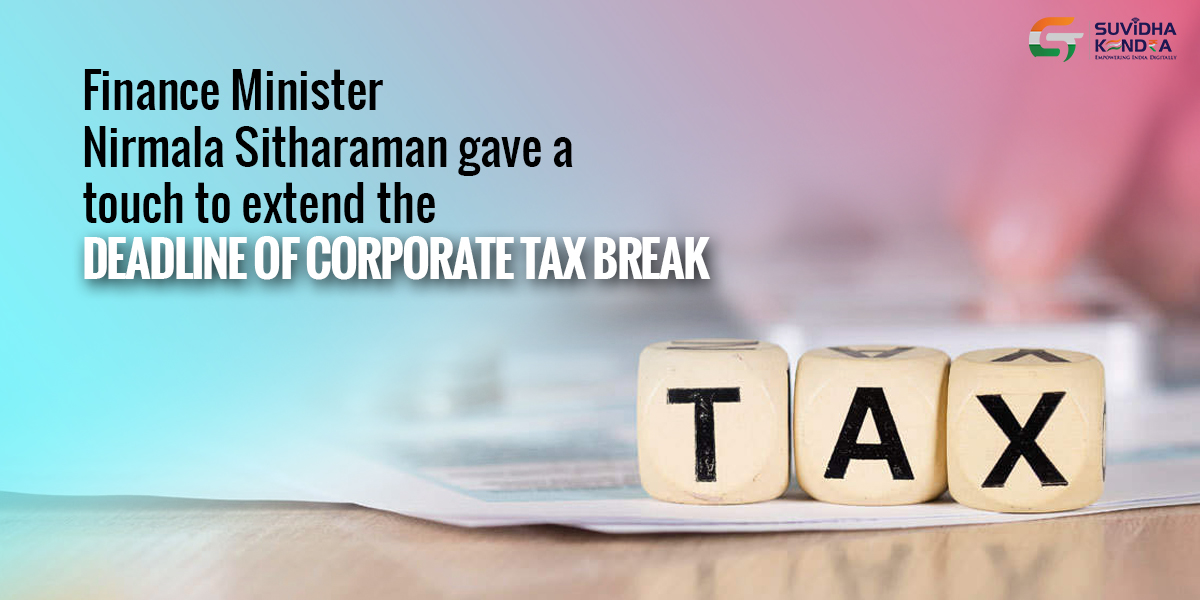 Finance Minister Nirmala Sitharaman on Tuesday has indicated to the businessmen of the country to extend the deadline of benefit in corporate tax. Addressing a gathering of entrepreneurs organized within the industry organization FICCI, he said that the govt will consider increasing the deadline to stay the company tax up to fifteen percent. In September last year, the central government announced major cuts in corporate tax after nearly 28 years. to extend private investment and provides impetus to a sluggish economy, the govt had announced a discount of about 10 percent in it.

Explain that it had been decided to scale back the bottom corporate tax to 22 percent from 30 percent for existing companies. At an equivalent time, it had been reduced from 25 percent to fifteen percent for manufacturing firms which will open after 1 October 2019. These companies were required to start out operations before 31 March 2023.

The minister of finance assured the entrepreneurs that the Central Government will provide all possible help to the industry. The intention of the govt is to require Indian businesses forward and revive the economy. During this, he also clarified that each one company will come under the ambit of the Kovid-19 emergency credit facility. it’s not limited to Micro, Small, and Medium Enterprises (MSME).

In response to an issue about cash, he said that we’ve already cleared the cash case. Cash availability is sufficient. If the matter persists over this, then we’ll take steps for this. He also informed that each one government department are asked to pay any dues. the govt is listening to the present.

Along with this, the minister of finance Sitharaman also suggested to the industry that they submit recommendations associated with deadlines of Corporate Ministry and SEBI. Necessary steps are going to be taken to support this.

In this meeting, Revenue Secretary Ajay Bhushan Pandey told FICCI members that the method of issuing a tax refund for corporates has started. tax refund of Rs 35,000 crore has been issued within a previous couple of weeks.