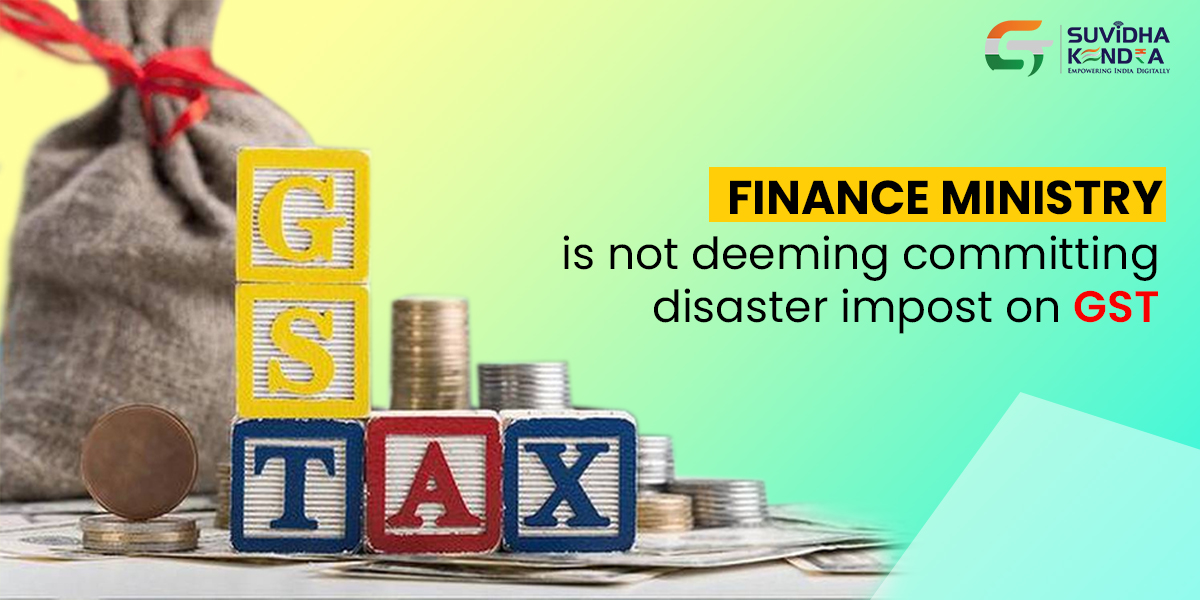 Finance Ministry is not considering imposing a disaster cess on the Goods and Services Tax (GST), as companies are already faced with declining sales and falling demand. Sources gave information about this. Earlier some reports had said that the central government is considering imposing its own disaster cess on GST, as the Kerala government had imposed flood cess in June last year.

Sources in the Finance Ministry said that the imposition of any kind of disaster cess in the current economic scenario during the Covid-19 pandemic will not be less than a disaster in itself. A source said that increasing taxes like this at the moment will only cause a reverse loss as sales are already low and the industry is experiencing a decline in demand and difficulties regarding laborers.

The source said, “Any such measures can cause consumers to lose confidence and weaken the market, especially when the government is trying its best to boost consumption.”

Internationally also no country has used this kind during this epidemic time. Congress leader Kapil Sibal had tweeted earlier in the day, ‘Even the RBI has acknowledged that this year the growth rate will be negative. In such a situation, do not even think about imposing disaster cess on GST. It will prove to be another disaster. ‘