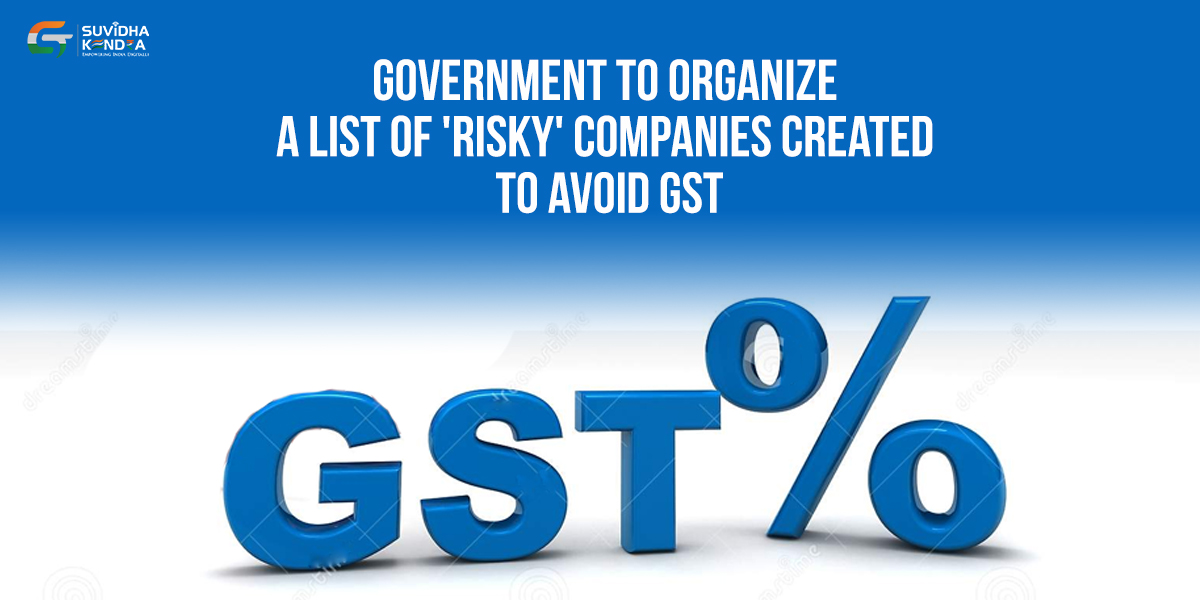 Two senior officialdom said that AI and Aadhaar registration would be wont to separate firms suspected of stealing goods and services tax (GST) and to closely monitor their activities within the “Risky” category.

The Customs Department has already created a database of “risky” exporters who fraudulently availed Input decrease (ITC) and nominated several firms, including Star Exporters. An equivalent mechanism can now be used for fake firms that claim GST refunds without actually conducting business, he said, requesting anonymity.

“It is surprising that a lot of fake firms and shell companies are created which create fake invoices to say GST refunds. It’s become an independent business, to be addressed by an iron hand. Recently we caught the owner of a fake firm in Pune which illegally earned quite Rs 50 crore.

The owner of a firm that conducts fake invoices on a commission basis through some fake companies was arrested by the Pune zone unit of Directorate General of GST Intelligence (DGGI). The official said that the person was arrested on October 21, 2020, from a foreign village in the Osmanabad district of Maharashtra. He was produced before a magistrate who rejected his bail application and sent him to judicial custody till 2 November.

Data analytics helped to catch the dishonest activities of the individual, he said. He said, ‘Now the govt is considering the utilization of Aadhaar in GST registration to see this menace of faux/fake firms and this will curb fake profits and spending of ITC.’

“In addition, serious deliberation is important within the Department of Revenue [DoR] for taking appropriate legal actions aside from putting such suspected firms within the ‘risky’ category and blocking their refunds,” he said. The DoR is that the arm of the Ministry of Finance liable for the administration of matters associated with direct and indirect taxes.

Commenting on the second arrest, another officer said, “Businessmen have a lobby, which benefits from such fraudulent activities, and that they oppose the arrest of the person despite a recorded confession. If it’s left unregistered, such suspicious companies will spread across the country. ”

“We have identified 115 fake firms among the nine GST commissioners with the assistance of knowledge analytics. The crime was committed by a prospective accountant based in Ahmedabad, who had registered fake firms and wrongly paid Rs 50.24 crore to ITC, ”he said.

He said, “The DGGI is non-intrusive, but is keeping an in-depth watch on such suspicious and dishonest elements through rigorous data-mining and data analytics which take illegal advantage of ITC under the guise of execs and theft of GST Do,” he said. Officials said aspiring chartered accountants of third-year students were involved within the registration of 115 non-existent firms.