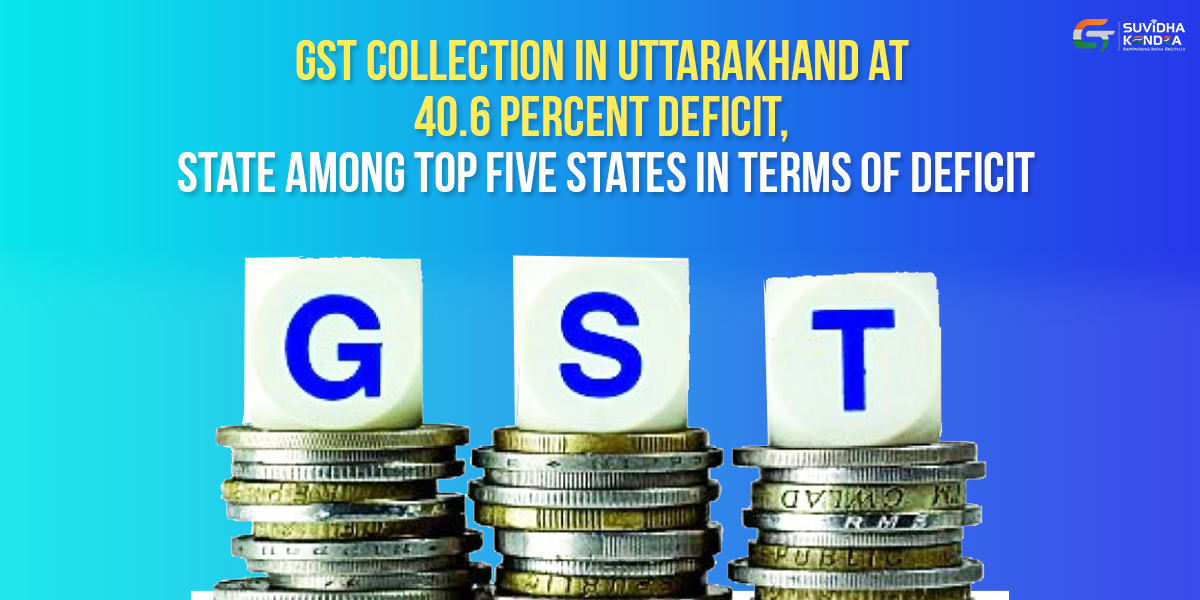 Uttarakhand is among the highest five states within the country, where GST collection is running at quite a 40% deficit. In such a situation, things in Uttarakhand are often gauged. So as to satisfy the deficit, the State Tax Department will intensify the inspection operations in companies. Because now the market has opened in better condition than within the month of March and April. Even after this, companies aren’t paying GST.

Indirect Taxes Central Board has drawn the GST collection losses and profits altogether states of the country. If you check out the info released from the Central Board, Uttarakhand is at the fifth position in terms of deficit at the national level. The GST collection of the state was 6327 crores within the year 2019-20, which has come to Rs 3760 crores within the current session 2020-21.

Thus, the present deficit is 40.6 percent. That people are blaming the lockdown. However, this is often currently only five months. But within the way the atmosphere has been created about the corona and therefore the market, there’s no special situation within the future. Nevertheless, state tax units are cautioned on behalf of the govt. during which the action of inspection,

Only in Nagaland profit
In the case of GST collection, only the state of Nagaland is showing profits within the state. During which this point 11.5 percent more tax has been collected than last year. Where Rs 122 crore was deposited within the year 2019-20 in Nagaland, then Rs 136 crore has been collected this year. At an equivalent time, GST collection in Central Jurisdiction is 57.6 percent more. While 38 of the 40 states distributed on the idea of the collection are showing losses. Meghalaya has a rock bottom deficit of 2.1 percent.

Loss status at the national level in percentage