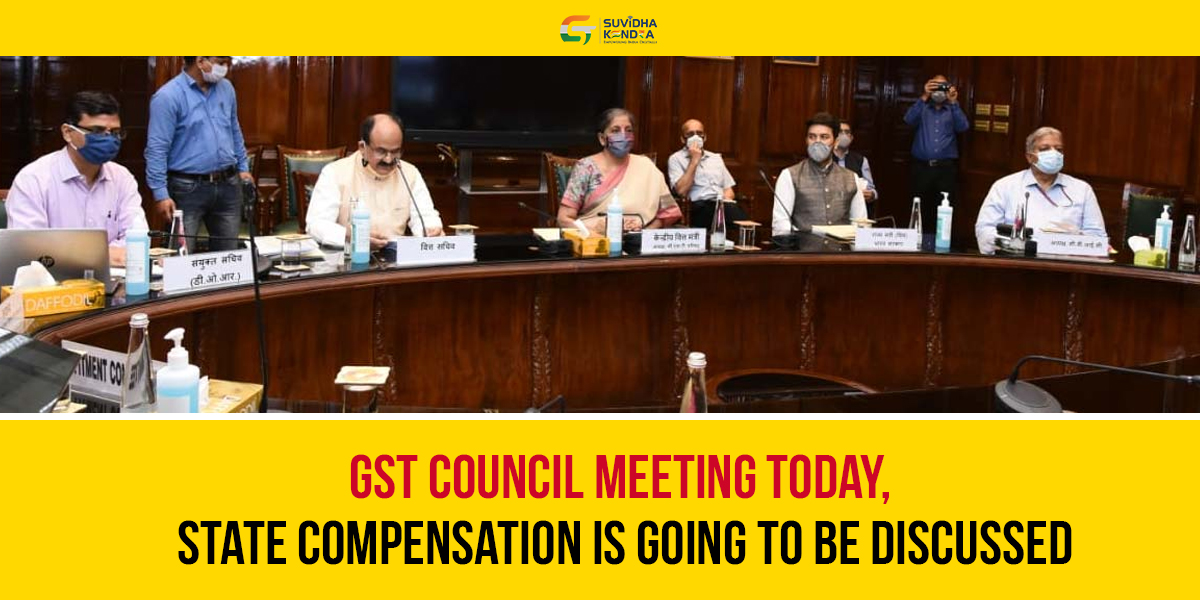 The GST Council is scheduled to satisfy today to debate the products and Services Tax (GST) compensation of states and union territories. Minister of finance Nirmala Sitharaman has already said that the reduction within the collection of the states thanks to GST and Corona epidemic are going to be compensated.

States and Union Territories (Union Territories) may require Goods and Services Tax (GST) compensation of about Rs 3.12 lakh crore within the current fiscal year. It’s jumped 89% in 2019-20 thanks to a steep decline in tax income. The economy has been severely suffering from the 68-day nationwide lockdown and sanctions caused by the Coronavirus epidemic.

According to an estimate, about 26,000 crore rupees are required monthly of GST compensation cess in FY 2020-21 thanks to the Covid-19 crisis. The typical monthly compensation cess of about Rs 13,775 crore was paid to the states and union territories in 2019-20, though the typical monthly collection was only Rs 7,953.6 crore. Although the impact of the nationwide lockdown on business activities was limited to a couple of days of the previous fiscal year, which ended on 31 March. A nationwide lockout ban was implemented from 25 March. The compensation cess collection was much, but the particular payment.

According to a politician’s statement released on 27 July, the entire amount of compensation paid to states and union territories in 2019-20 was Rs 1,65,302 crore, while the entire amount of cess therein year was Rs 95,444 crore. The low revenue collection was mainly thanks to the economic process rate. India’s gross domestic product (GDP) bogged down in FY 2019-20, its lowest in 11 years.

The states and union territories were fully compensated in 2019-20, as there was some surplus within the compensation fund from previous years. Aside from this, some cess collected within the current fiscal year were also used, the aforesaid persons said. Consistent with the July 27 statement, the last installment of compensation for the previous fiscal year was paid within the third week of July.