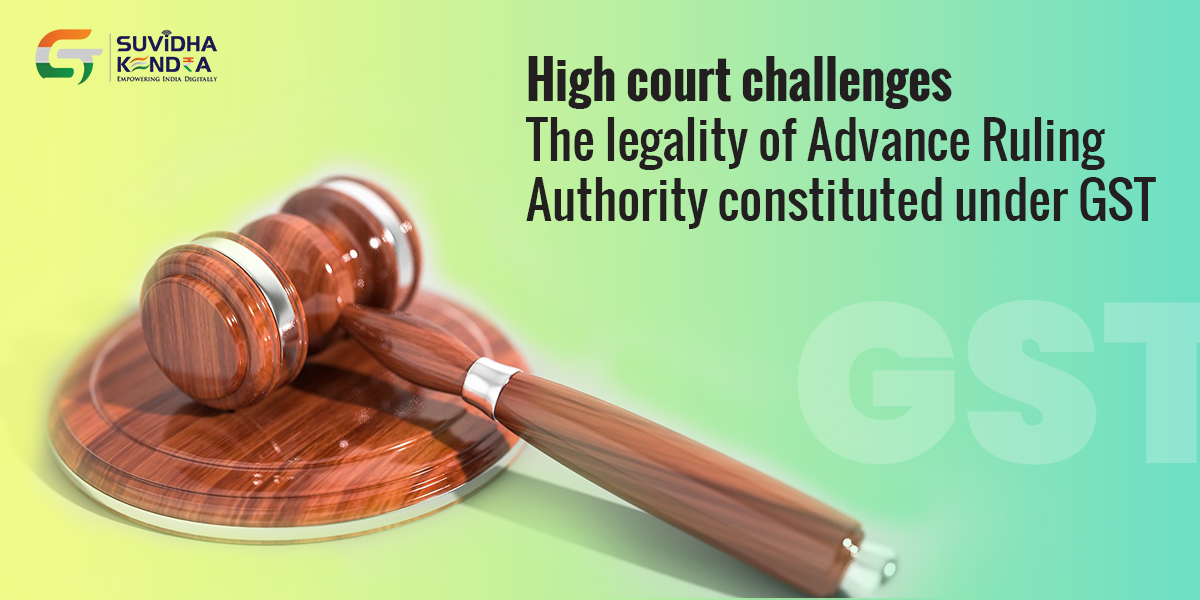 Rajasthan High Court has issued notice to 5, including the Central and State Government, on the petition filed regarding the legality of the Advance Ruling Authority formed in the state under the CGST Act 2017 without including the Judicial Member as a member. The process of recovery of 18 percent GST on finished goods from the petitioner company has also been interim prohibited.

The High Court has also summoned the reply of Ramesh Kumar Sisodia, Senior Intelligence of DGGI, Rajasthan origin, who conducted the raid on the company office without giving notice of the lockdown. Has given on the petition filed by the Central Government, ASG RD Rastogi, Rajasthan during the hearing Advocate Sindhi appeared on behalf of Authority for Advance Ruling, Rajasthan Appellate Authority for Advance Ruling and DGGI’s Intelligence Officer Ramesh Kumar.

18 percent GST implemented: Advocate Sameer Jain, on behalf of the petitioner, told the court that JVS Food Company is undertaking production and supply of fortified rice for BPL and Backward Classes under the Central Government scheme. 5% GST tax is applicable on fortified rice as per rules. But due to the contradiction between the Center and the State Government, the advance ruling was implemented under Chapter 17 of GST.

The Advance Ruling Authority gave a wrong decision against the petitioner to prepare fortified rice 18 percent GST was included in the matter. In its decision, the authority also gave the expert’s view. The court said that the Advance Ruling Authority has also ignored the High Court’s judicial jurisdiction, as the Authority constituted under the CGST Act 2017 in the Reportable Judgment of the Chambal Futilizers of 2019 has been declared illegal. Members in the Authority It is compulsory to have a judicial member in the quorum. Because the judicial member was not done by the executive member. The defense’s why set contains Judicial member without the added Authority illegal.

The High Court summoned the answer:
During the hearing of the petition in the High Court, the court was told that the lockdown came into force amid the GST tax dispute. DGGI Senior Intelligence Officer Ramesh Kumar Sisodia took action for recovery despite the central government directive regarding the lockdown. The notice to be issued under GST rules was also not issued by the officer. Intelligence officer Ramesh Kumar Sisodia also presenting response issued notice Jun 8 commanded.