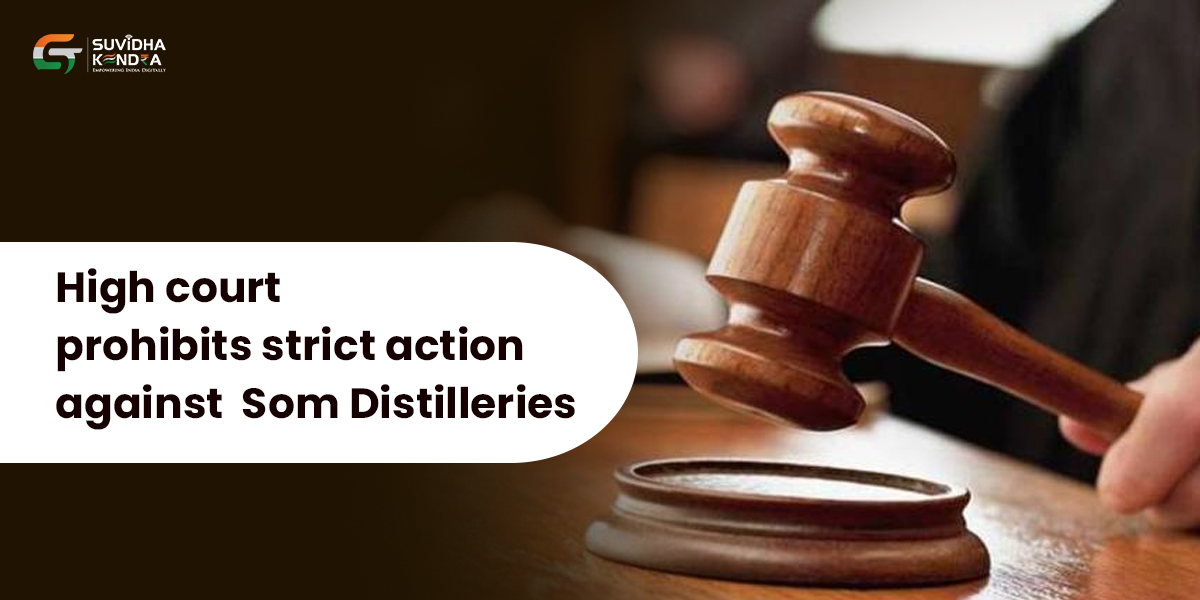 The Madhya Pradesh supreme court has granted interim relief to Som Distilleries, a liquor manufacturer facing charges of evasion. Under this, strict action associated with recovery and arrest has been banned until further orders. The subsequent hearing of the case is going to be on August 5.

On Wednesday, the case came up for hearing before the doubles bench of judge Ajay Kumar Mittal and Justice Vijay Kumar Shukla. During this point, Advocate Mukesh Kumar Aggarwal presented the petition on behalf of the petitioner Som Distilleries. He argued that the GST department is demanding to deposit more amount, while they need to be submitted the prescribed tax. Other company personnel are being threatened for arrest for non-payment of tax. While GST department has collected collection without estimation, which is wrong. He urged to prevent this recovery. After the preliminary hearing, the court gave freedom to the GST department to continue the investigation and directed to not take drastic action against the corporate till subsequent hearing.

What is the matter:

GST intelligence officials arrested Som Distilleries Bhopal CEO GD Arora on July 12 on charges of evasion of Rs 30 crore. Consistent with officials, the corporate supplied alcohol-free hand sanitizer without tax during the last three months in lockdown. Directorate General of GST Intelligence (DGGI) has already arrested liquor businessman and promoters of the firm Jagdish Arora, his brother Ajay Arora, besides Vinay Kumar, who works as a director within the company. The firm has deposited eight crore rupees. DGGI has seized alcohol-containing hand sanitizers. They cost quite 20 crores