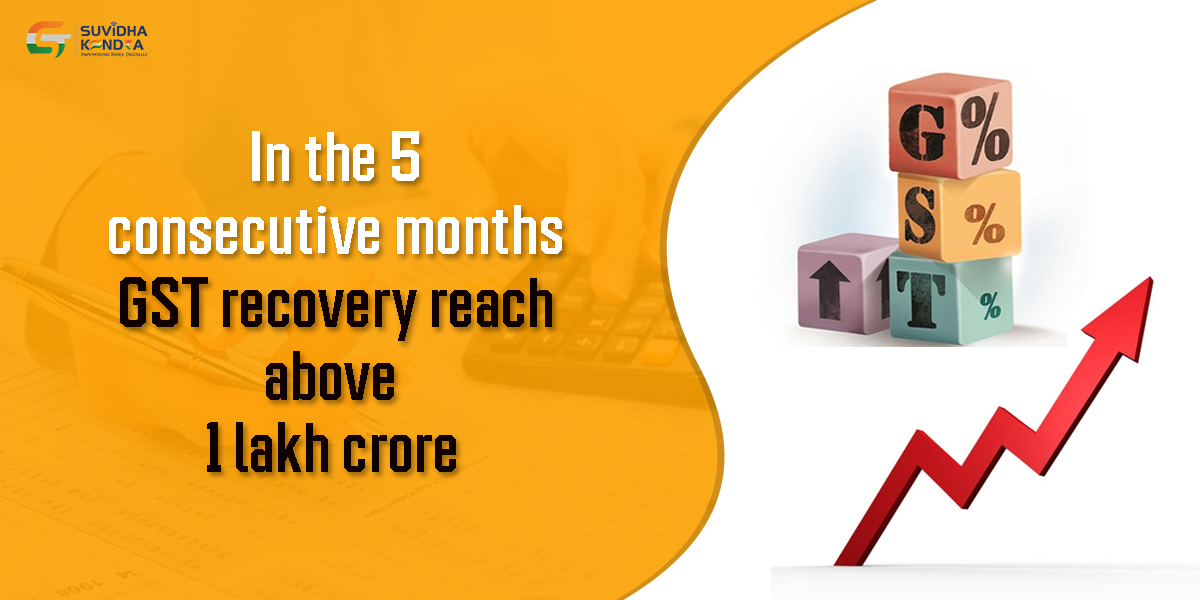 The economy, which had worsened during the lockdown triggered by the Corona epidemic, is now back on target. Goods and Services Tax (GST) collection has crossed Rs 1 lakh crore for the fifth consecutive month.

The Finance Ministry said on Monday, the GST collection in February stood at Rs 1,13,143 crore. This is often a seven percent increase over the GST collection of Rs 1.05 lakh crore within the same month last year. The Finance Ministry said, for the past five months, GST revenue collection is showing an improving trend. This is often a transparent indication of the impact of the economic reforms and therefore the steps were taken by the tax administration to enhance compliance.

At an equivalent time, the cess share was Rs 9,525 crore. Of this, 660 crores were raised from the tax on import of products. The Finance Ministry said, compared to last year, revenue from imports of products was 15 percent higher in February this year, while revenue from domestic transactions (including import of services) was five percent higher.

Who got what proportion
The government gave Rs 22,398 crore from integrated GST to CGST, Rs 17,534 crore to SGST. Additionally, the govt distributed Rs 48,000 crore of integrated GST to the middle and states during a 50:50 ratio. After regular sharing in February 2021, the entire revenue of the middle and States stood at Rs 67,490 crore as CGST, while Rs 68,807 crore as SGST.