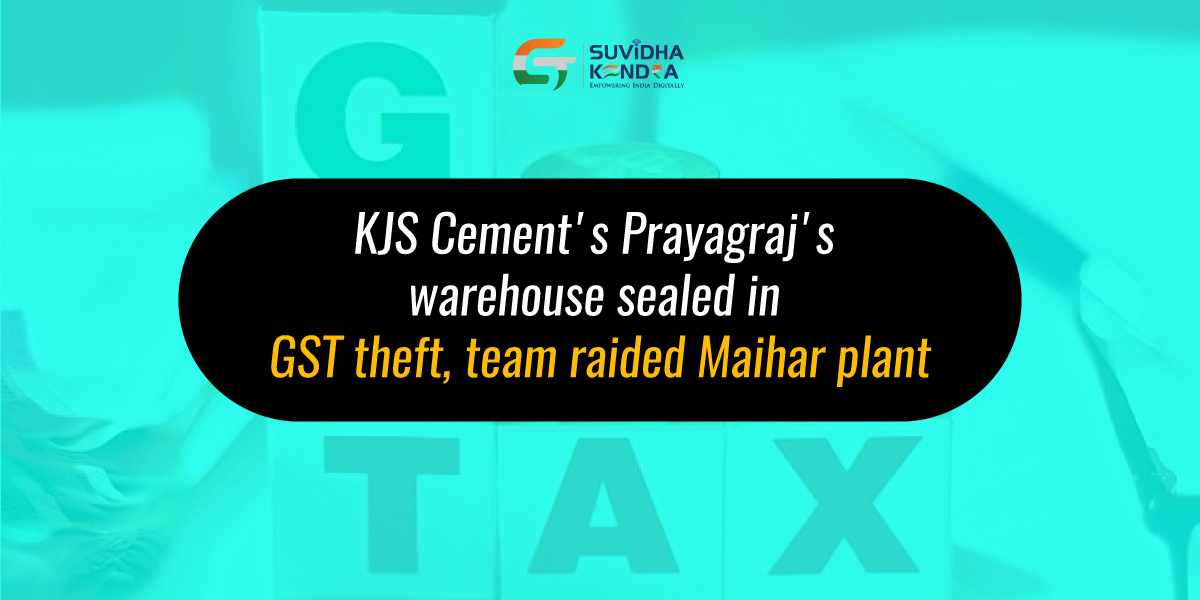 A case of evasion of products and repair Tax (GST) has come to light in KJS Cement India Limited. A team of Central GST, Central Excise, and Director General of GST Intelligence (DDGI) based at Prayagraj investigated the company’s GST plant at Maihar in Madhya Pradesh and caught a GST theft of Rs 17.2 crore. After this action, the cement warehouse at Rewa Road in Naini, Prayagraj has been sealed.

The annual turnover in Prayagraj is about 300 million rupees
KJS Cement Plant is in Maihar, Satna, MP. Most of its supplies are from Prayagraj and surrounding districts of Uttar Pradesh, besides Kushinagar, Agra, Kanpur. it’s also supplied in many districts of Madhya Pradesh and Delhi. Its annual business in Prayagraj itself is about 300 crore rupees.

Raid on Maihar plant on GST theft complaint
Recently, the Central GST officers at Prayagraj’s position had come to understand that GST is being stolen in cement sales. Therefore, the officers here raided the Maihar plant on August 5 with the team from Madhya Pradesh. The investigation, which lasted from August 5 to 11, revealed a GST theft of Rs 17.2 crore. Then, wherever the cement is supplied, it had been raided.

Company Chief Administrative Officer Arrested
Its warehouse on Rewa Road at Naini in Prayagraj was sealed. There are 15,000 bags of cement here. The acquisition and sale papers were seized from the dealer. Similar action is being taken at the godowns of other districts. Officials say that 28 percent GST is levied on cement, but no GST was given anywhere within the sale from the plant at Maihar to the warehouse then to the retail customer. The company’s chief administrative officer Kaushal Singh Singhvi has been arrested. Factory owner Pawan Kumar Ahluwalia is absconding. He’s also said to be accused within the coal scam.