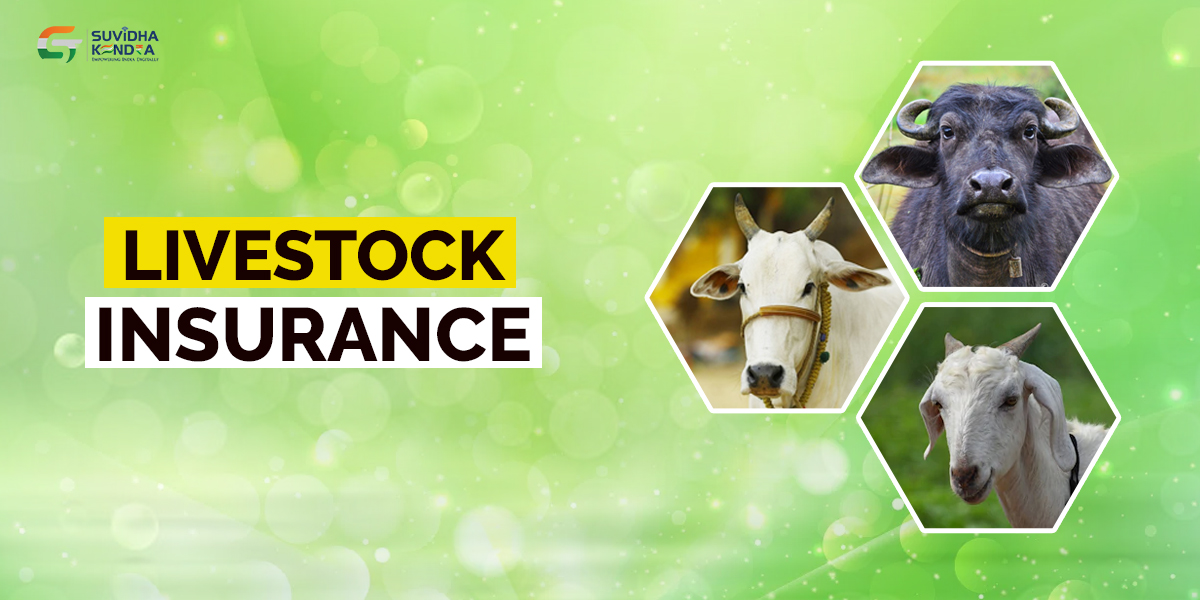 What are the things to be covered under the livestock insurance scheme?
This scheme is basically for providing insurance to animals. There are a lot of animals covered under this scheme such as The indigenous/crossbred milch animals, pack animals (Horses, Donkey, Mules, Camels, Ponies, and Cattle/Buffalo Male), and Other Livestock (Goat, Sheep, Pigs, Rabbit, Yak, and Mithun, etc.) are covered under the purview of this component.

Central assistance
the government will provide a subsidy and it will be restricted to 5 animals per beneficiary per household only. The subsidy will not provide for sheep, goats, pigs, and rabbits. In other words, we can say that benefit of subsidy restriction is based on cattle units. However, one kettle unit is equal to 10 animals. if the beneficiary is less than five animals for one cattle unit then she/he can avail all benefits of subsidy.

before insuring any animal in a livestock insurance scheme the government will grant insurance over animals on the current market price. the insurance will be provided to the owner over the animal in the presence of a veterinary officer or BDO. The minimum price value of insurance will be a sign of rupees 3000 per liter day yield of milk. But there is an exceptional case for the cow there minimum insurance price value is rupees 4000 per liter per day yield of milk. There will be any dispute over the price fixation it can be handled by gram Panchayat/ BDO.

Identification of the animal must be required at the time of insurance claim. This can be only differentiated with the help of year tagging on animals. There will be a microchip in the modern technology present inside the clip which is used for ear tagging. They will attack which is always present on the animal and it also contains a unique identification number on it. With the help of this requirement and the agency, there will be no issue create between them and it will also help in settlement of claims on accounts during utilization of existing tag.

At the time of processing, insurance user will require these things on priority

If the owner of the animal has been changed during the insurance policy period them the policy or the insurance will be automatically transferred to the new owner.