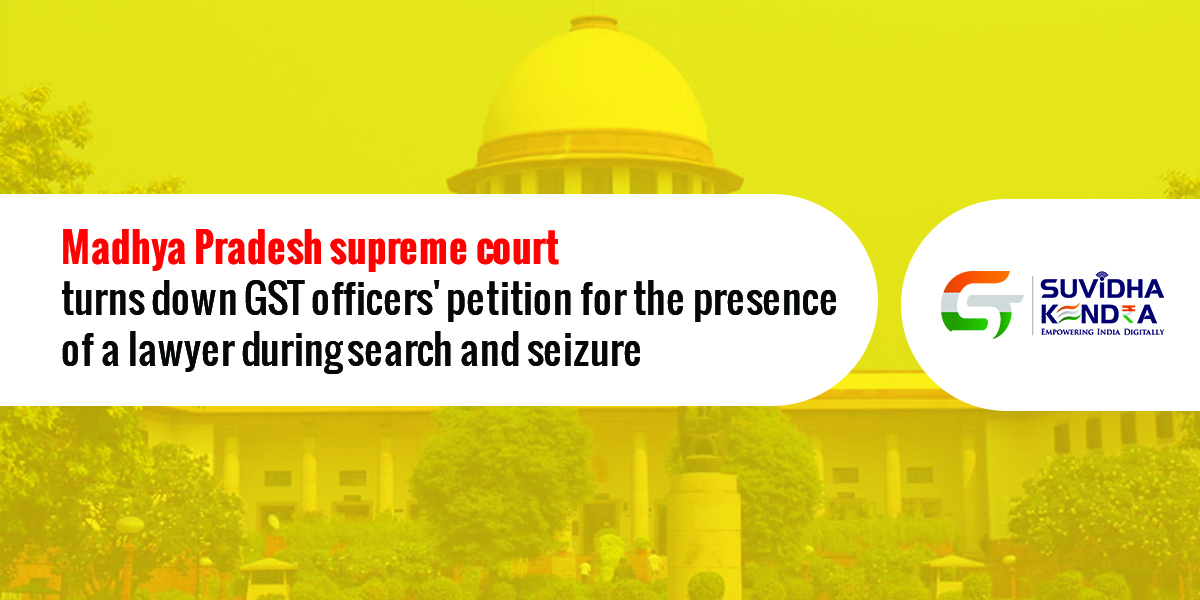 The Bench dismissed the petition keeping in mind that the petitioner cited neither any statutory provision nor any legal provision in support of his request. The Bench relied on the choice of the apex court within the case ‘Poolpandi et al. v Superintendent, Central Excise et al. (1992) 3 SCC 259’, stating that the search process and therefore the action of the Customs Office under The presence of a lawyer during questioning of the person can’t be approved in the least.

The apex court said therein judgment: “If everything is completed consistent with the desire of the accused from whom the Customs Department is to urge important information, then the aim of the method of investigation under the Customs Act and other similar laws are going to be nullified. If the authorities concerned Feels that so as to realize the important purpose of an investigation, the concerned accused should be kept break away the persons or environment encouraging non-cooperation with the legal machinery, then objection can’t be lodged for the legal purpose of denying such cooperation.

“within the present case, the petitioner also said that under Section 67 of the GST Act, two neutral local witnesses are required for investigation, search and seizure, but the defendants want to be searched ahead of their ‘arbitrary witnesses’. The bench, however, sidelined this argument, because the defendant-authorities had assured that “two neutral witnesses would be placed under the purview of the law and therefore the procedure would be followed in letter and spirit.”

The bench dismissed the petition and said, “In this case, the search is to be conducted and therefore the counsel for the defendants has assured the court that the above provisions are going to be fully complied with, so there’s no got to give any guidelines during this regard. Another request from the petitioner’s counsel is that the search should happen within the presence of the advocate, but the petitioner’s counsel has did not mention any statutor favour vision or any such right in favour of his client’s request. ” Case Details: Director-General shi et al. vs. Director-General of GST Intelligence (DGGI) et al. Case no. : Writ Petition No. 9184/2020 Quorum: Justice Prakash Srivastava and Justice Vandana Kasrekar Lawyers: Senior Advocate Sunil Jain and Advocate Kushagra Jain (for the petitioner), Advocate Prasanna Prasad (for the defendant)