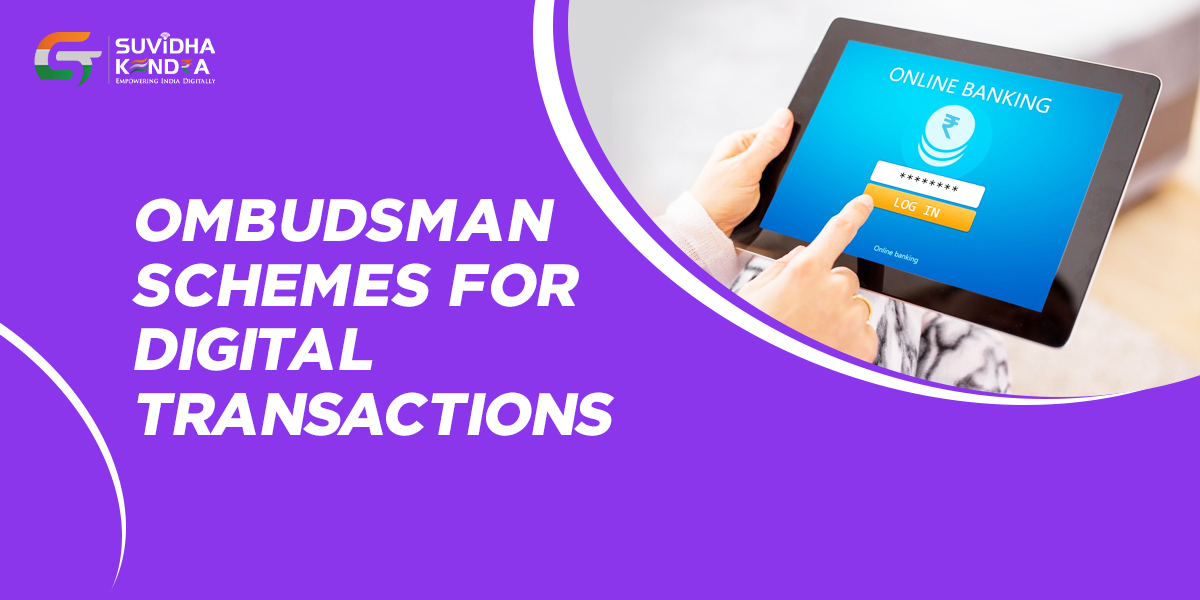 Sometimes, we need a trustworthy person who can resolve our fight with our best friend fair-mindedly. Likewise, government/private companies partnered with a body to resolve disputes between the organisation and the customers.

Ombudsman is an official selected by government/private bodies to solve and address customer complaints. Many companies, academies, and non-profit teams have their Ombudsman.

The Reserve Bank of India (RBI) has an Ombudsman. It introduced its Ombudsman under the scheme named Ombudsman Schemes for Digital Transactions in 2019. Read this blog to know ‘What is this scheme?’ and ‘How it works?’.

It is a dynamic and free-of-cost apex-level mechanism. It solves the complaints related to digital transactions as mentioned in the Scheme. The Payment and Settlement System Act of 2007’s Section 18 was implemented on January 31st, 2019.

Who is the Ombudsman for Digital Transactions?

A senior official is appointed by the RBI as the Ombudsman for digital transactions.

The official revises the complaints of customers against System Participants. As outlined in the Payment and Settlement Systems Act, 2007, any authorised official, other than a company/bank/government body who participates in a payment system is a ‘System Participant.’

System Participants’ failure to implement RBI instructions on prepaid payment instruments with regard to any of the following:

System Participants’ failure to meet the RBI’s guidelines for mobile or electronic fund transfers with respect to any of the following:

3. Non-adherence to Instructions of the Reserve Bank

(Originating member: A member who seeks to raise at a meeting business as he/she considers right)

Incorrectly transferred funds to the beneficiary account that are not reversed/ not reversed in a timely manner and expire at the end of the System Participant.

Anything else associated with breaking the rules, such as any fees or charges the Reserve Bank may have issued regarding online transactions.

A few things to know about complaints

The procedure for filing a complaint

If you want to file a complaint then frame a letter. Once you are done with it you can post or fax it. Mail or hand delivery to the concerned office of the Ombudsman is also the option.

RBI’s Ombudsman demanded no charges or fees to file a complaint. They resolve the complaint free of cost.

If you are filing a complaint then you may have to present these details:

What happens after a complaint is received by the Ombudsman?

If the System Participant is found to have complied with the applicable norms and practices, the complainant has been informed of this intent. The Ombudsman can close the complaint if the complaint is not received within a fixed time.

Rejection of the Complaint

Where can one lodge his/her complaint?

You can complaint Ombudsman for loopholes in Digital Transactions. Before filing a complaint, check for the branch or office of the System Participant against whom you are filing your complaint.

Concerns about services with centralised operations may be brought to the consideration of the Ombudsman. Lodge your complaint at the Ombudsman’s offices under whose jurisdiction the branch (held responsible) is located.

What happens if the complaint is not settled by agreement?

If the Ombudsman determines that a System Participant’s service is deficient and the complaint cannot be resolved within a time frame, it will proceed to issue an Award.

What happens when you reject the Ombudsman’s decision?

If any individual is not treated properly by the Ombudsman, they can approach the Appellate Authority.

Ombudsman is the impartial body that attempts to resolve the issue without taking a position. The RBI selected a senior official to serve as the Ombudsman for digital transactions.

What is the basis for filing complaints with the Ombudsman?

You can file complaints on any ground like payment failures related to mobile, prepaid payment instruments, or electronic fund transfers.

Can a complaint be filed through an authorised agent?

The complaint can be lodged with the help of an authorised agent of the complainant (except an advocate).

How many Ombudsman for Digital Transactions have been appointed and where are they located?

Can I claim compensation for mental agony and harassment?