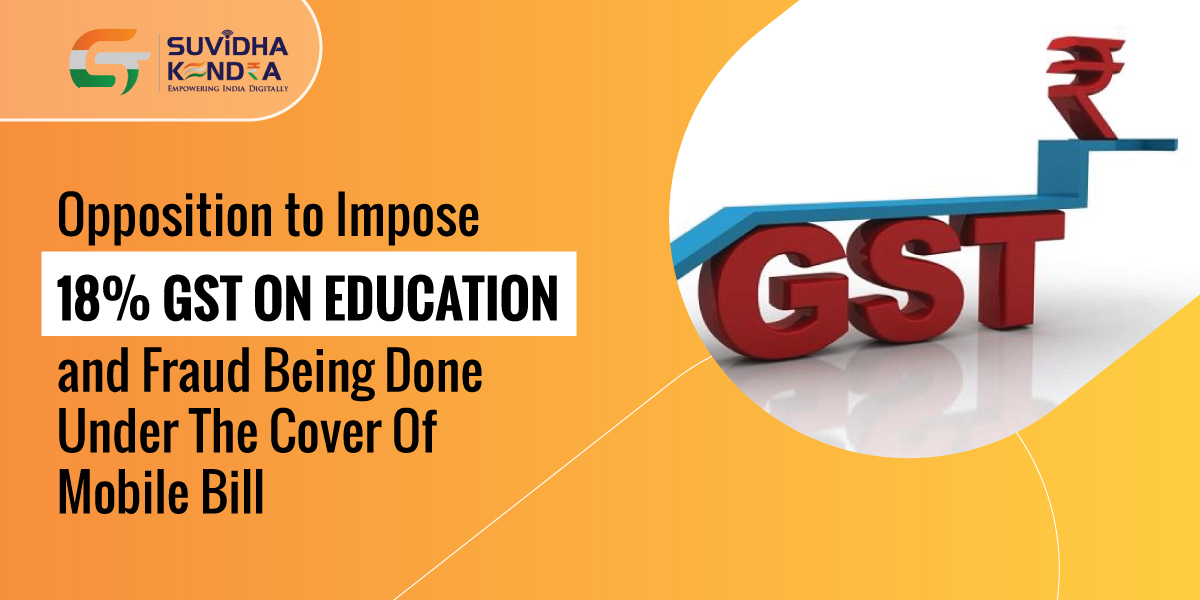 The SFI unit of Himachal Pradesh University Shimla has opposed the government’s decision of 18% GST on education. Activists have expressed their anger through posters from homes.

State Secretary Amit Thakur said that it has always been the attitude of the government and university administration that whenever students are not organized, they have been issuing such orders. It has come forward to indirectly bring education under the purview of GST, using the excuse of the economic crisis created due to Corona. The impact of this will be seen in the form of a huge fee increase in colleges and thousands of students will be deprived of higher education becoming increasingly expensive due to financial constraints. The rate of GST on diesel, petrol, and other non-essential goods and services has been kept nominal. SFI has demanded the Vice-Chancellor of Himachal Pradesh University withdraw the anti-student decision soon, otherwise, the SFI will intensify agitation and fight decisively against the government across the state.

The mobile box had a print rate of rs 7999, while the shopkeeper gave them a bill of Rs 8400. The interesting thing was that the GST rate was not even mentioned on this bill.

This is not only done with one person, but many mobile businessmen are doing this under the cover of lockdown and COVID-19. During the purchase, customers going to buy mobile are being told that since April 1, GST rates have increased from 12 to 18 %, so prices have increased. At the same time, new goods of mobile are not coming into the market, only the old goods are being sold to customers.

Recovery of the excess of MRP: No shopper or business customer can recover rupees more than the MRP (maximum retail price) shown on a mobile or any other product box, whereas the same is being done due to COVID-19. Customers are being robbed by charging more than MRP.

Expert View, it is mandatory for any registered trader (excluding composition dealer) to show IGST on whatever bill he is selling if CGST and SGST are selling in his own state and in other states. Besides, it is also necessary to show the rate of GST at which rate GST has been recovered from the customer. Failure to do so has provisions.