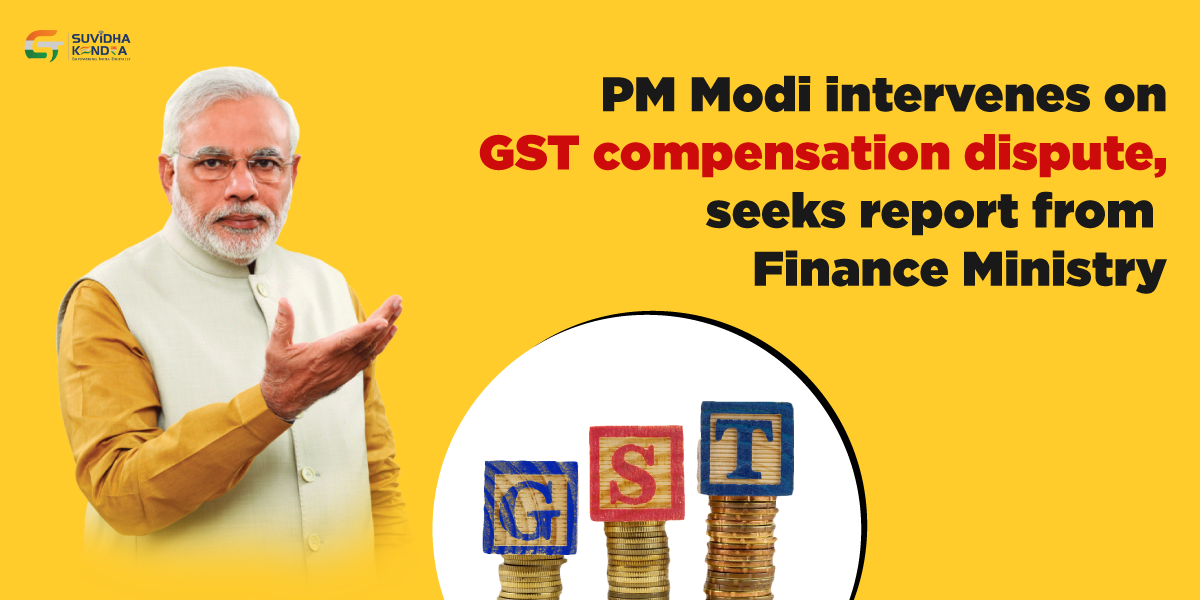 Explain that under the GST Act, the states are bound to compensate for the loss in revenue within the first five years of the implementation of GST from Dominion Day, 2017. But under the prevailing distribution formula, the central government isn’t ready to provide a share of GST compensation to the states.

The Dusk and Services Tax (GST) compensation dispute has been interrupted by Prime Minister Narendra Modi. PM Modi has asked for an in-depth description of the Goods and service Tax compensation. The PM has sought a report from the Finance Ministry. Explain that the dispute over the GST compensation goes on within the states and therefore the centre. Explain that under the GST Act, the states are guaranteed compensation from the loss of revenue within the first five years of the implementation of GST from Dominion Day, 2017. But under the present distribution formula, the central government isn’t ready to provide a share of GST to the states.

Last month, the Finance Ministry said that the Central Government has released the last instalment of Rs 13,806 crore for GST compensation for the fiscal year 2019-20. The GST Council was scheduled to satisfy again in July to figure on the formula to pay compensation to the states. However, this meeting has not been held yet. Discussion on the amendment of the GST Act 2017 goes on.

What is the dispute?
There is a provision within the constitution to compensate the states if there’s a decrease in revenue after the implementation of GST. However, there’s no compulsion to pay compensation under the Constitution or GST laws just in case of loss thanks to reasons like a natural disaster, COVID-19 or economic slowdown, as these reasons aren’t associated with the implementation of GST. Not the central government, but the GST Council has got to decide the way to meet the shortfall in such circumstances. Many nations have demanded to compensate this compensation from the Consolidated Fund of state of India. But Parliament in 2017 rejected such an amendment that provided for the reduction of the Goods and Service Tax compensation item from the Consolidated Fund of India.