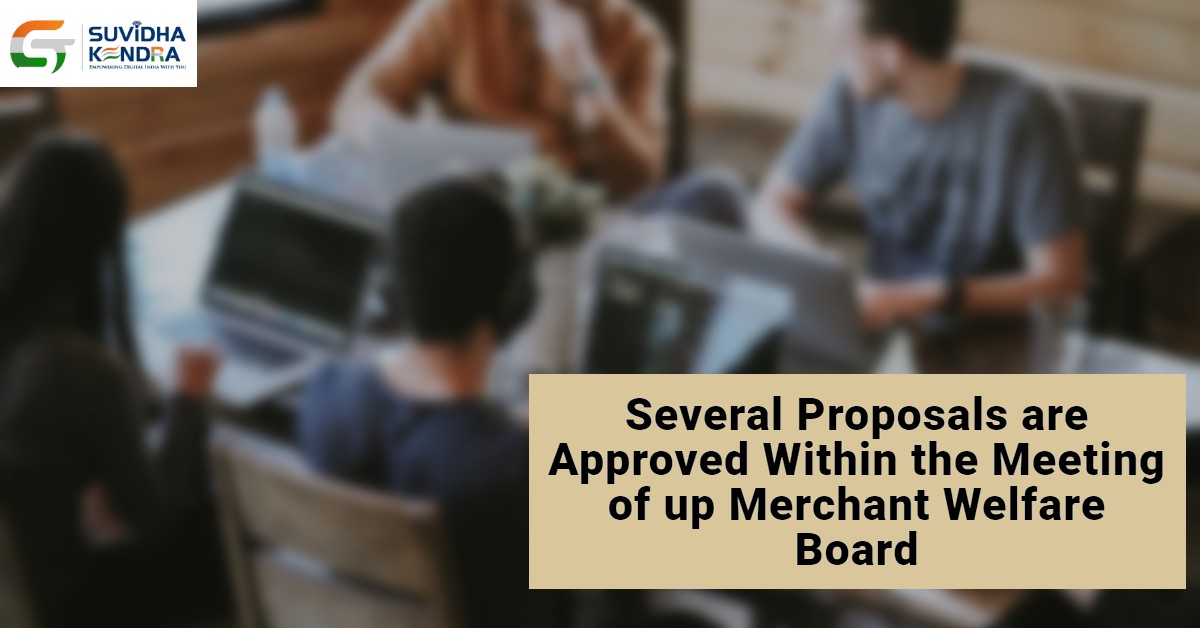 Traders facing depression thanks to the Corona epidemic have sought relief from the Yogi government of Uttar Pradesh on several fronts. On Thursday, a gathering of the UP Merchant Welfare Board, through video conferencing, passed a complete of 15 resolutions, including giving concessions to businessmen from various sorts of taxes to children’s school fees and bank loans.

Chairman of Uttar Pradesh Merchant Welfare Board, Ravikant Garg said that the board has passed a proposal to regulate the fixed cost and minimum charge within the electricity bill from April to June for commercial and industrial category consumers. It’s also approved the proposal of giving 50 percent rebate within the fees of faculty children of traders for 3 months. The board has also approved the proposal to offer exemption from 30 to 50 percent for 3 months in building tax, water tax, etc. to commercial establishments. It had been also passed that just in case of death of a registered trader, thanks to the corona epidemic, he should tend the advantage of the Merchant Accident Insurance Scheme in such cases.

The Uttar Pradesh Merchants Welfare Board has also passed a proposal that 10 percent amount of their turnover is provided as loan for 2 to 3 years at 7.5 percent interest to bourgeoisie businessmen with a turnover of Rs 40 lakh to 5 crores. Also, the interest on the loan already taken should be relaxed by 30 to 50 percent during the three-month period of lockdown. The proposal to supply 20 percent of the damage as a relief by forming the Chief Minister Merchant Disaster Relief Fund with an amount of Rs 250 crore to supply financial assistance to the trader affected by the disaster, criminal incidents, arson, and riots, etc.

The board also passed a resolution demanding a half to at least one percent user charge or development fee for the upkeep of mandis, demanding the abolition of mandi charges within the state. Consistent with the prevailing circumstances, the proposal to amend the UP concealment Act and therefore the Distributed Measure Act to form them workable was also approved. Garg said that the proposals gone by the board are going to be sent to the govt within the meeting, president of the Board Pushpadant Jain, Ashok Goel, Manish Gupta, members Dilip Seth, Ashok Motiani, Sunil Gupta, Harsh Pal Kapoor, Amarnath Mishra, etc. Expressed their views.

Representatives of trade-industry to be nominated in GST Council: A proposal to nominate a minimum of two representatives of trade and industry in GST Council was also passed within the meeting of Uttar Pradesh Merchant Welfare Board. Insight into the difficulties of the traders, the proposal associated with 25 suggestion points, including updating the technology of GST server and increasing its capacity was also approved