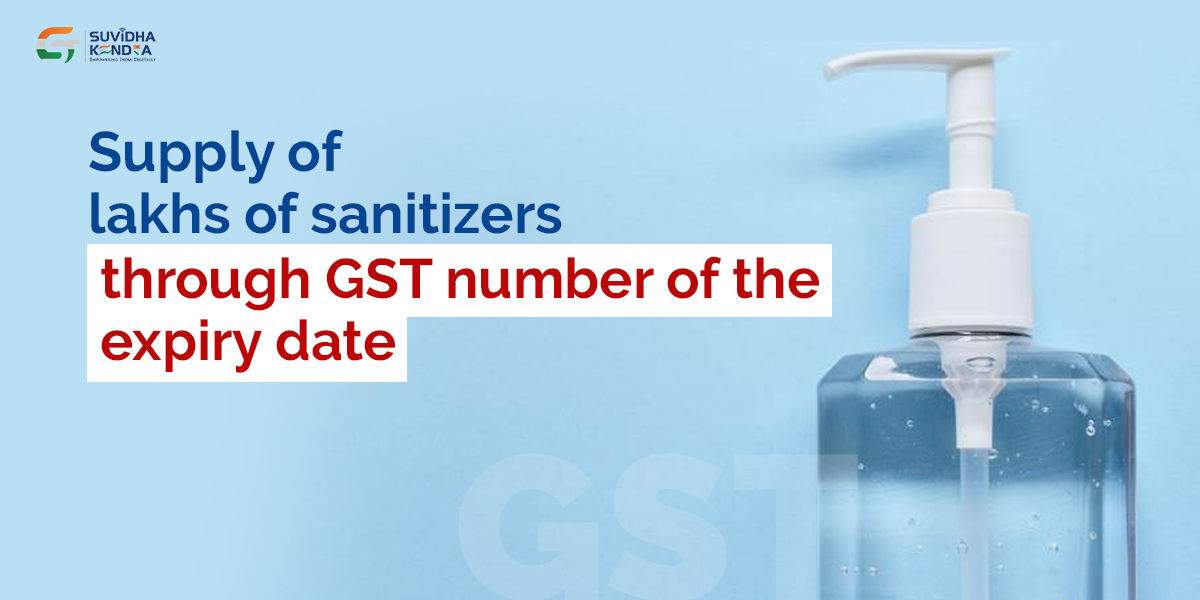 These days, the matter of sanitizer supply within the gram panchayats of district panchayat Ghorandongri has been within the news. to stop corona infection in most of the 56 block panchayats within the block, the GST number of the GST number which was supplied by Narre Construction and Suppliers in April for cancellation and sanitizer bottle was cancelled within the month of January itself. Despite this, the firm created the govt and got the bills not only within the panchayats but also took their payment.

The firm’s GST number was cancelled in January,
and the bill for Narration Construction and Suppliers highway Ghodadongri was given within the Gram Panchayats. GST number is additionally included during this bill. GST No. within the bill 23 AREPN 8036 A1 Ed7 is inscribed. When the above number was searched on the GST side, the amount was from Narre Construction and supplier whose proprietor is Sanjay Narre. The registration of this firm was done on 2 December 2018. But on 2 January 2020, the GST number of the said firm has been cancelled. Despite this, in April 2020 the bill was also collected by the firm by supplying cancellous GST number of Rs.

CEO’s role suspected!
The role of Janpad Panchayat CEO Danish Ahmed Khan within the case of sanitizer spraying and provide in gram panchayats is additionally doubtful. The sarpanches of some gram panchayats, on the condition of anonymity, told that the CEO had sent the sanitizers to them. The sanitizer was sprayed on his oral order. At that point, he also instructed to form spraying photography and videos. After this, he was also paid at the behest of him. The sarpanch secretary didn’t even know that the GST number of the firm they’re paying has been cancelled. These sarpanches say that if the whole matter is investigated thoroughly then all the milk will become milk and water of water.

Fraud from the government:
Supply of cancelled GST number bill is clear fraudulent from the govt. Tax experts believe that after the GST number is cancelled, if the amount is to be used, then the amount should be restored first and only then it is often used. The GST amount was taken from the panchayats by the firm adding to the bill but the firm wouldn’t have deposited it thanks to the amount being cancelled. this is often sheer fraud with governance.