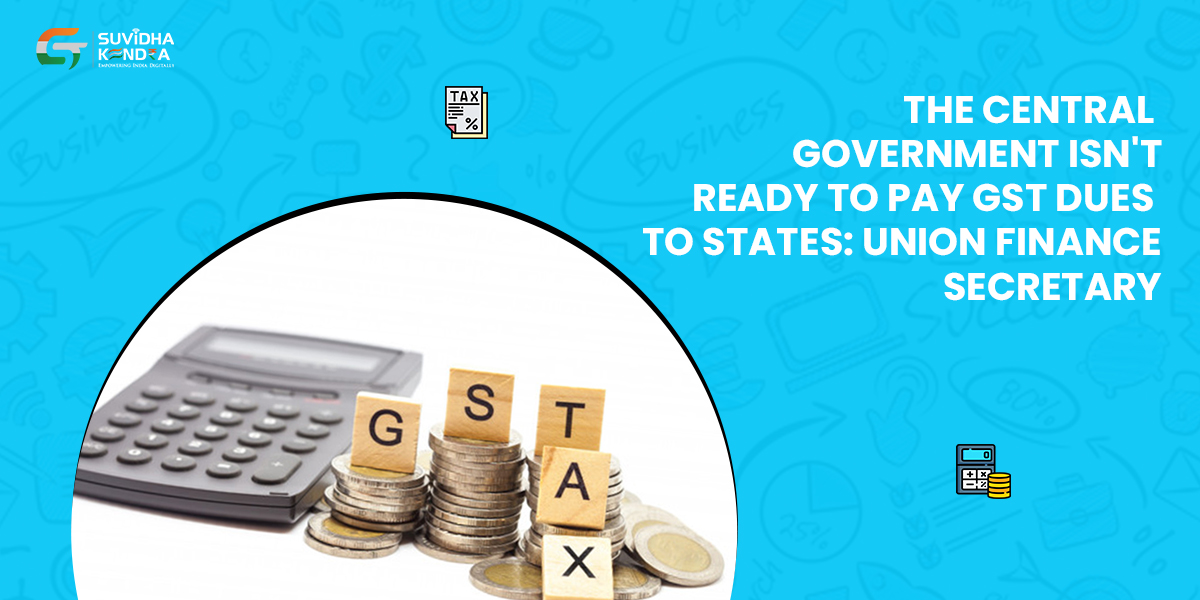 The GST Council was scheduled to satisfy again in July to figure on the formula for paying compensation to states. However, this meeting has not been held thus far.

Finance Secretary Ajay Bhushan Pandey has told the standing parliamentary committee during a meeting persisted Tuesday that under the prevailing formula of distribution, the central government isn’t ready to pay the state’s Goods and Services Tax (GST).

According to the Hindu, BJP MP Jayant Sinha was chairing this standing parliamentary committee.

At least two members who attended the meeting said that the Finance Secretary made this discuss the question about the decrease in revenue thanks to the Coronavirus epidemic.

One member told on condition of keeping his identity a secret that after the members asked Pandey how the govt would fulfil the guarantees made to the states.

On this, he said that if the revenue collection falls below a particular limit, then the GST Act has provisions to re-implement the formula for paying compensation to the state governments.

On Monday, the Finance Ministry said that the central government has released the last installment of Rs 13806 crore for GST compensation for the fiscal year 2019-20.

The GST Council was scheduled to satisfy again in July to figure on the formula to pay compensation to the states. However, this meeting has not been held yet.

Please tell that this meeting of the committee was the primary time after the nationwide lockdown was implemented. During this era, rather than discussing the state of the Indian economy, the committee raised the difficulty of ‘funding the innovation ecosystem and development companies of India’.

In its committee, members of the opposition parties drew strong criticism.

According to sources, Congress MPs Manish Tiwari, Ambika Soni, and NCP MP Praful Patel strongly demanded that the committee should discuss the present state of the economy that has suffered heavily thanks to the epidemic.

In a letter written to the chairman of the committee Jayant Sinha, Manish Tiwari said that folks will feel that the committee has fallen prey to confusion on the subject chosen during this hour of crisis.

It has been known that the chairman of the committee Jayant Sinha said that the majority of the questions asked by the members were political to which the finance ministry officials couldn’t answer. Only Minister Nirmala Sitharaman can answer these during the talk in Parliament on this issue.

According to sources, Praful Patel said that if the committee on Finance cannot discuss the overall questions associated with the state of the economy, then it might be better to dissolve the committee.