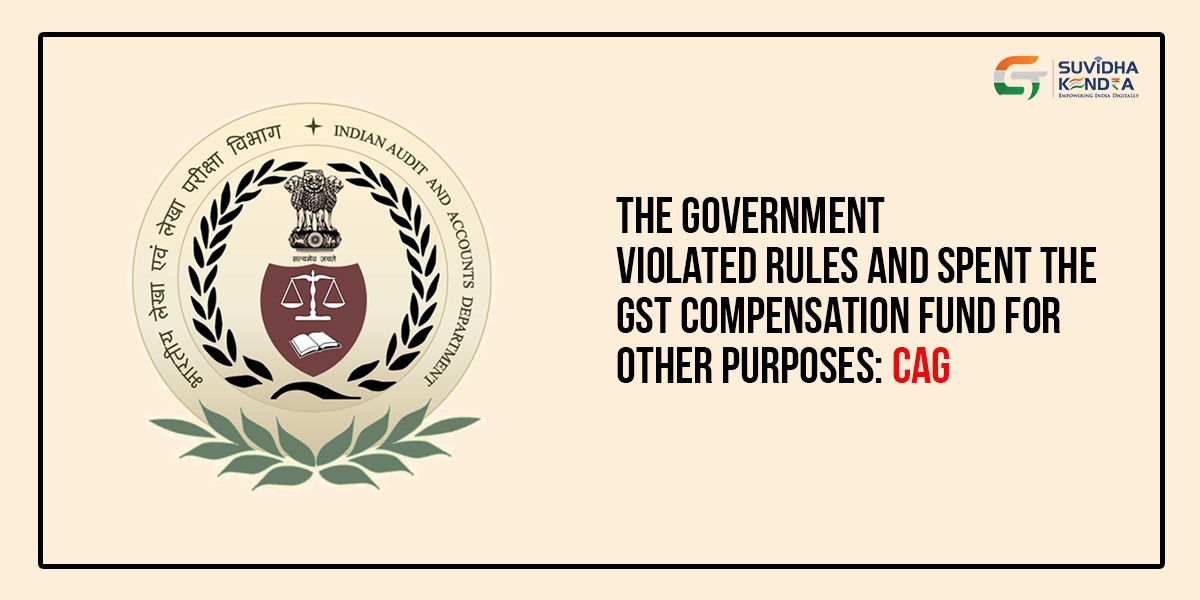 Finance Minister Nirmala Sitharaman, citing India’s Attorney General KK Venugopal, told Parliament last week that there’s no provision within the law under which GST compensation should tend to the States from the Consolidated Fund of India (CFI) i.e. the state exchequer.

However, the Comptroller and Auditor General of India (CAG) has found that the govt itself, in violation of the law, kept the GST compensation cess within the CFI during the year 2017-18 and 2018-19 and used this money for other purposes. Gone.

According to the Indian Express, the CAG said, ‘Audit of the knowledge in details 8, 9 and 13 in reference to cess collection and its transfer to GST Compensation Cess Fund shows that a complete of Rs 47,272 crore during 2017-18 and 2018-19 The rupee wasn’t deposited within the GST Compensation Cess Collection Fund.

With this, the National Auditor said that doing so was a violation of the GST Compensation Cess Act, 2017.

Under this law, the cess collected during the whole year is to be pumped into the GST Compensation Cess Fund, which is a component of the general public account and will be used exclusively to compensate for the loss of revenue to the states. But rather than transferring the collected cess to the GST fund, the govt kept it within the CFI itself and this amount was spent in another work.

The CAG said that thanks to non-transfer of this amount to the GST compensation fund, the government’s earnings were shown to be exaggerated and therefore the fiscal deficit of the year was shown to be reduced. According to the CAG report, within the financial year 2018-19, a provision was made to transfer 90,000 crore rupees to the GST fund and provides an equivalent amount as compensation to the states.

While the govt collected a complete of Rs 95,081 crore as GST cess during this era, the revenue department transferred only Rs 54,275 crore out of this to the GST fund. According to the report, the govt compensated Rs 69,275 crore (including Rs 15,000 crore already remaining within the fund) to the states/union territories. This left the govt with Rs 35,725 crore.

Apart from the GST compensation cess, the CAG has also introduced more examples where other cesses like Road and Infrastructure Cess, Cess on petroleum, Universal Service Levy, and National Mineral Trust Levy haven’t been sent to the reserve account. CAG observed that out of a complete of Rs 2,74,592 crore collected through 35 cess or cess within the fiscal year 2018-19, only 1,64,322 has been sent to the respective funds and therefore the remaining amount to the Consolidated Fund of India (CFI) Remained, which the govt utilized in other works.