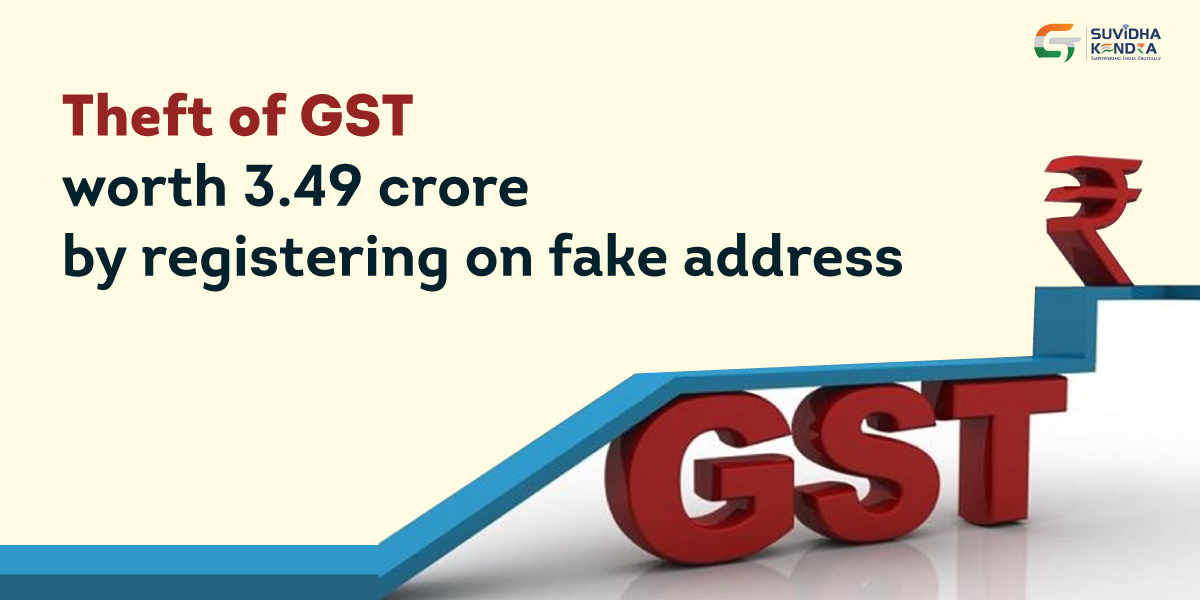 By showing fake address, Chandigarh businessman Pushp Bahl fraudulently got GST registered. Not only this, by selling goods in eight months, GST worth Rs. 3 crore 49 lakh 70031 was also stolen. The GST officer registered a case of fraud against the accused Pushp Bahl. Police headquarters Jagadhri is investigating the case.

GST officer Narendra Singh said during a complaint to the police headquarters Jagadhri police headquarters that Pushp Bahl, a resident of PGI Society, Sector-49, Chandigarh, was registered under the Haryana Goods and Services Tax Act 2017 within the name of M.Sai Enterprises on January 1, 2019, the reality of the firm was investigated and it had been found that the firm which has been used as evidence isn’t running any firm. There was no proper address within the Kirayaname named after Pushp Bahl. Aside from this, the checking account number wasn’t shown at the time of registration under which recovery are often done. 18 in eight months34 million sold goods.

According to the knowledge taken from the GST portal, this firm has purchased Rs.215 million 28427 from January 2019 to August 2019. But during this era, the merchant has issued bills of Rs 18 crore 34 lakh 28097 to the traders of the state and other states. Buying traders have availed input decrease of Rs. 30 crores 17057 on this. During this way, Pushp Bahl has caused a loss of three crores 49 lakh 70031 to the revenue of the state. During this point, it had been also learned that The registration of Sai Enterprises firm has been rejected by the Central Excise Department on 6 March 2020. Therefore, a case should be registered for fraudulently registering GST number and causing damage to the revenue of the state. The matter is going to be investigated: Santokh Singh

About 10 months ago, fake firms are revealed within the district. These firms registered on the idea of faux documents and stolen GST worth crores of rupees. The theft was revealed when the authorities investigated it. Investigation of those cases is additionally underway.