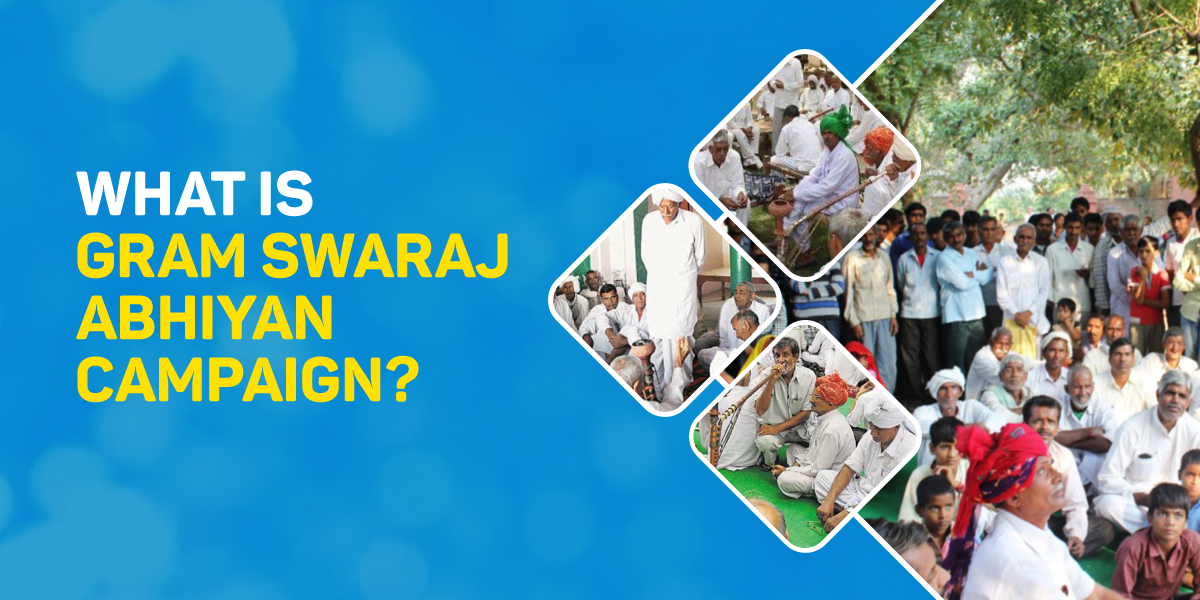 The central government organized a campaign of “ Gram Swaraj Abhiyan” for poor welfare. It was from the 14th of April to the 5th of May 2018 on the occasion of Ambedkar Jayanti. As a result, on 24th April 2018, the central declared the day as ‘National Panchayat Day’.

The campaign is initiated with a line of “ Sabka Sath, Sabka Gaon, Sabka Vikas”. On the other hand, it was implemented under two ministries. They are the Ministry of Rural Development and the Ministry of Panchayati Raj.

Now let’s read all about this campaign.

Activities to be Taken Up

The following are the identified schemes:

Areas Covered Under This Campaign:

Afterward, the honorable prime minister launched an umbrella scheme. It was named “Rashtriya Gram Swaraj Abhiyan(RGSA)”. The scheme aims to develop and support the Panchayati Raj System in 117 aimed districts. It was for across rural areas in India.

The RGSA approved scheme will help more than 2.55 lakh Panchayati raj institutions. It will develop the skill of governance to deliver on SDG. Hence, will focus on the best use of available resources through all local governance.

The finance minister announced in his budget in 2017-18. It stated to launch a “Mission Antyodaya” to make 50,000 Gram Panchayats poverty-free. Also to bring 1 crore households out of poverty.

The duties of the scheme:

The scheme includes central components which are as follows:

The scheme includes state components which are as follows: