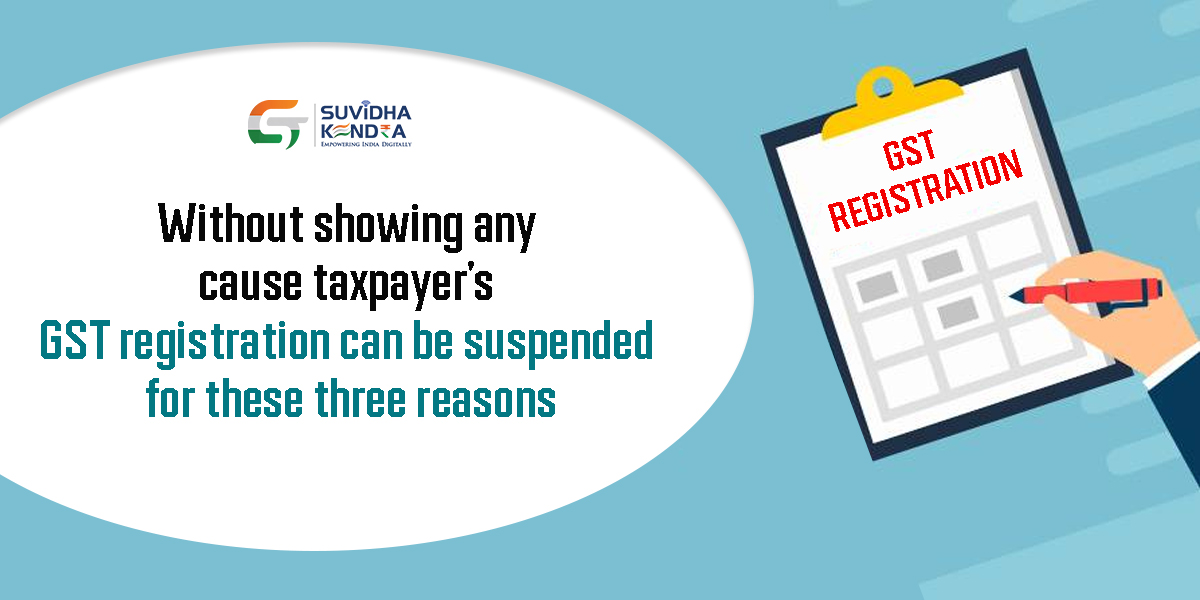 There are a lot of changes in the GST rules or we can say that there are many new rules that are to be attached to the GST tax system. The main reason behind amendments is to stop curbing fraud in the GST system. According to the government management, most of the taxpayers uses fake bill or attached the fake bills during filling tax return. After looking at this issue in a critical stage the government mentions three basic reasons from these taxpayer’s GST registration may be canceled without getting any kind of notice. Look out all these reasons which are given below in detail.

If any taxpayer having different data in both forms such as GSTR-1 and GSTR-3B then the government will take action regarding that. Apart from this issue if any person having a turnover of more than 50 lakhs these taxpayers must collect tax one percent. There are three things that the GST system or government will suspend their GST registration without giving notice or cause.

These are the new rules that have been changed
At the starting of October month, IRN that is E-invoice is the new thing that has been launched in the GST tax system. However, from 1 January this thing also applied for those taxpayers whose turnover was more than 100 crores. From the new year 2021, any registration will be considered as illegal if any invoice has been pending without GST registration. One more thing Taxpayer’s musk kept a note for that if any user making or generating an invoice on 31 March then registration must be done on 31 March.