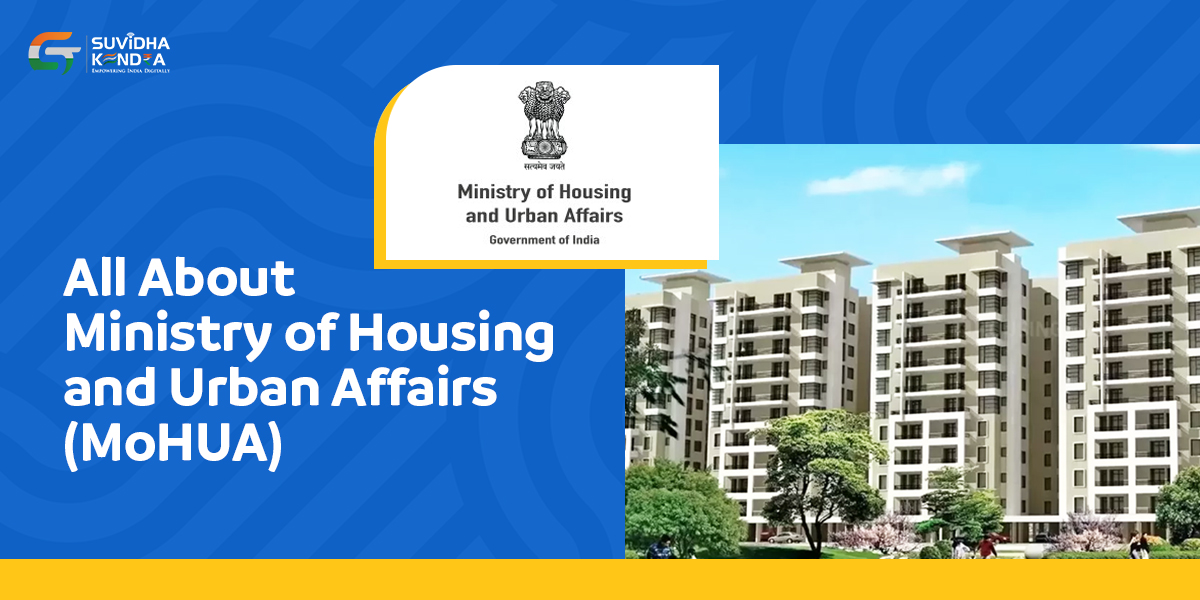 In India approx 32% of the population lives in urban areas. These areas are identified as “Inclusive engines for economic growth”. But in these areas, there are numerous people who live in poverty. They dont have access to the fundamental essentials of their life. As per Tradingeconomics.com, 32.5% of the population live in slum areas.

The graph of people with extreme poverty has started declining. Still, they are in a struggle face to meet their basic needs. In a way to ensure that they get basic civic amenities, the Ministry was established. It was named as “Ministry of Housing & Urban Affairs” (MoHUA).

How MoHUA was established?

Who is MoHUA and what is the aim of this Ministry?

The Ministry of Housing and Urban Affairs is the top authority. It comes under the GOI. In the country, this authority performs four tasks. They all are accomplished at the national level. These tasks are-

The aim of MoHUPA is to:

What is the business allocated to MoHUA?

According to Allocation of Business Rules, 1961, the GOI has allocated business to MoHUA. These are as follows:

What are the various programs under MoHUA?

There are various schemes programs under the MoHUA. They are as follows:

Modern cities have performed an important role in the evolution of the economy. It has its own impact on all aspects of life. In rural areas, it has influenced lots of families. Their way of living has also changed. But in some parts of urban areas, urban poverty is still visible. In order to enhance, upgrade and grow their lifestyle the MoHUA is established by GOI. This Ministry performs many functions to develop slum-free India.