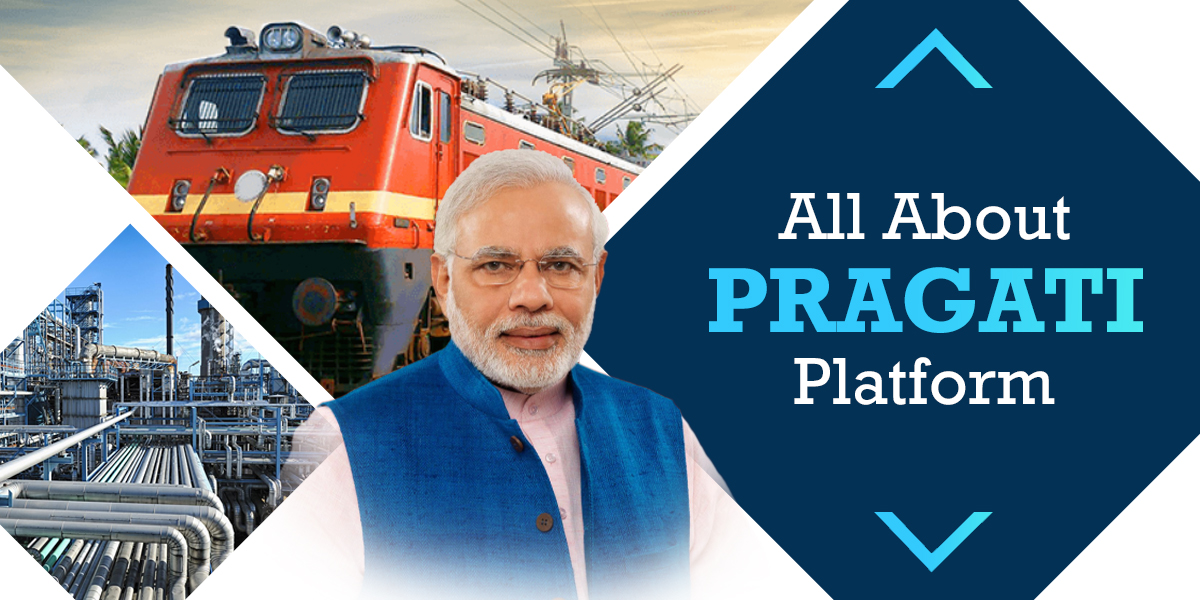 The Government of India (GOI) has set up numerous schemes. All of them were introduced to support citizens of India. But these schemes lacked proper application and review of the development.

The Prime Minister, Shri Narender Modi, launched a platform to support the schemes. It was called “PRAGATI”. The platform came into force on 25th March 2015.

PRAGATI stands for Pro-Active Governance and Timely Implementation. It is an interactive and integrated platform.

The PM had a discussion on the issues related to public complaints and Swachh Bharat. It was done During the first interaction on the PRAGATI platform. He discussed project application, ease of doing business and much more. The interaction was carried for two hours.

Let’s read all about the PRAGATI platform.

What is the PRAGATI platform?

The PRAGATI is defined as a multi-modal and multi-purpose platform. It aims to address common people’s complaints. The platform monitors and reviews significant projects and programmes of the GOI. It also revise the projects marked by State Governments.

This platform is combined with three latest technologies that are-

It provides a unique combination for cooperative federalism. This is done by bringing Chief Secretaries of the states and Secretaries of GOI on one platform.

The PM can discuss the issues on the ground level situation with this platform. He can communicate to concerned State and Central officials with full info. Besides this, he can have the latest visuals of the info. on the screen.

The main features of PRAGATI platform are as follows-

What were the issues discussed under PRAGATI?

The issues discussed under PRAGATI are as follows-

PM chaired the 40th PRAGATI meeting On 25.05.2022. He discussed various programmes and projects via video conference. The PM has assisted all stake-holders to stand by the project’s timeline. This will help in avoiding excess spend of cost.

The platform boosts the pending projects and schemes of the Government. It brings transparency and duty among key stake-holders.