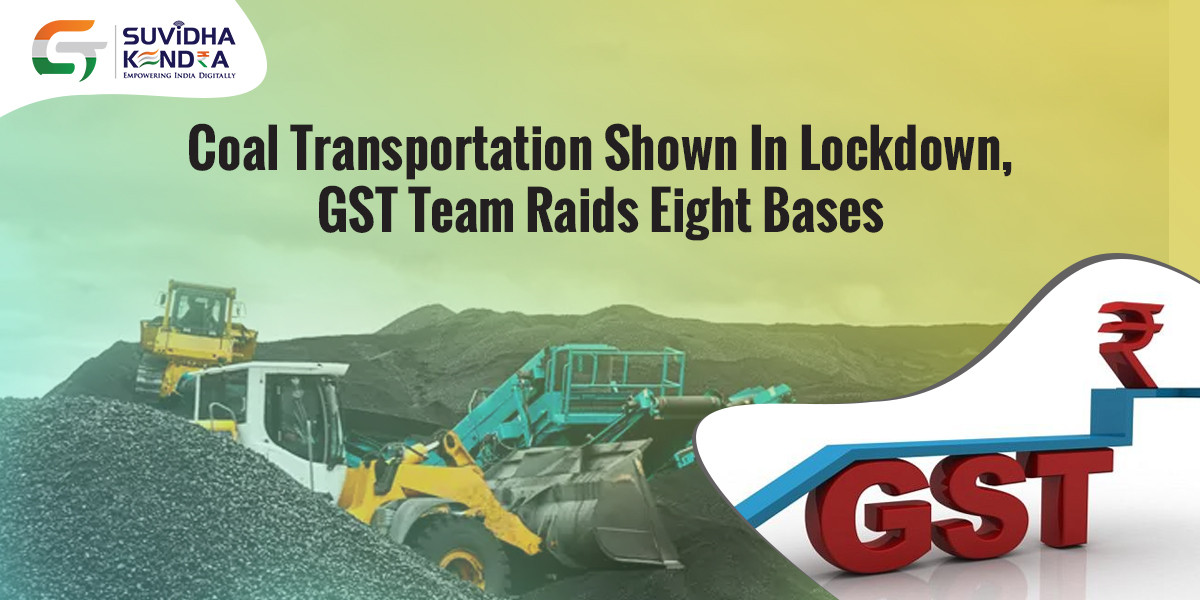 In Chhattisgarh, even during the lockdown period, the state GST team raided eight locations of the four districts of coal businessmen stealing the GST by showing the transportation of coal. Top GST officials have seized all documents related to coal transportation and sale. After the GST raid on Chhattisgarh’s Coal Corbari Group Indramani firm, there has been information about big tax evasion. Based on the documents found so far, the tax evasion of about 70 crores of the group has been caught. This figure is projected to increase even further until the investigation is complete.

Documents seized from the Indramani firm’s office in Raipur are being investigated. The GST team raided the possibility of tax evasion of crores of rupees by reporting fake loading and unloading of coal. Documents related to coal transactions have been seized from all the eight locations, which started the investigation at Raipur headquarters on Friday.

Tax evasion documents found
The operations started late on Friday morning at three locations in Raipur, two in Bilaspur, one in Korba, and two in Raigarh. State GST Joint Commissioner (Information) Gopal Verma said that the operations of Indramani coalfields associated with the coal business have been processed. This action has been taken by the joint team of the Mineral Department and Police Department officer. Till now documents of tax evasion have been found, only after examining them will the information of actual tax evasion. Minister TS Singhdev said, action taken on the basis of information

Regarding the GST raid, Minister TS Singhdev said that the officials of the department have taken action on the basis of information. At this time when the state needs maximum tax, then everyone should cooperate with the state government by collecting appropriate tax. Those involved in the coal business have been raided. Top GST officials said that Indramani Coalfield is owned by Sunil Aggarwal. The Indramani firm has an office in Telibandha, Raipur, where action has been taken. The entire action has been taken on the institutions associated with Indramani coalfield.