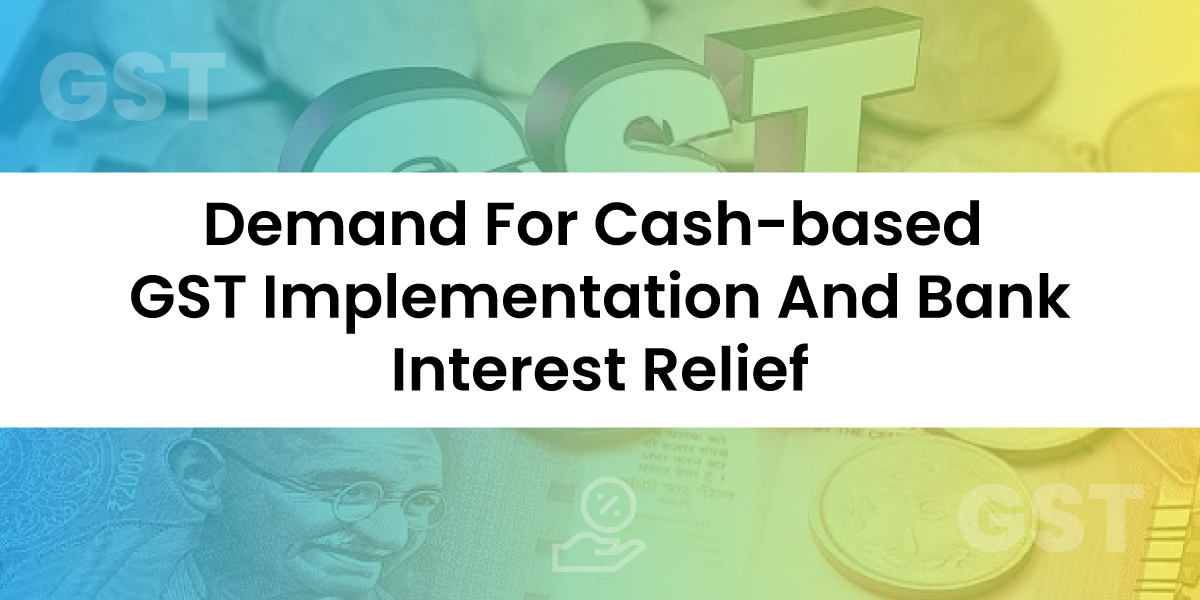 The Chamber of Trade and Industry (CTI), a trade association in Delhi, wrote a letter to the Prime Minister on Tuesday demanding implementation of cash-based GST and relief from bank interest. Brijesh Goyal, CTI’s Convincer, said that the GST and GDP figures have been showing that the business has been going through a slowdown for some time.

The period following the lockdown caused by Corona is more difficult. In such a situation, the central government will have to take some decisions in the interest of the traders.

CTI has suggested that GST becomes a liability as soon as the GST is invoiced and it has to be deposited by the 20th of the next month, whether the businessman receives the payment from the customer or not. In such a situation, the payment of GST should not be charged until the payment of the invoice arrives, ie the businessman pays the GST only after receiving the money. Till now the situation becomes normal, this system should be implemented, and the condition of repaying GST be relaxed when the bill is released.

Goyal says that this will not allow the businessmen to pay tax out of their pocket and it will help them to handle their working capital. Also, the business has stagnated for a month and the government should give a concession in bank interest for the month of lockdown.