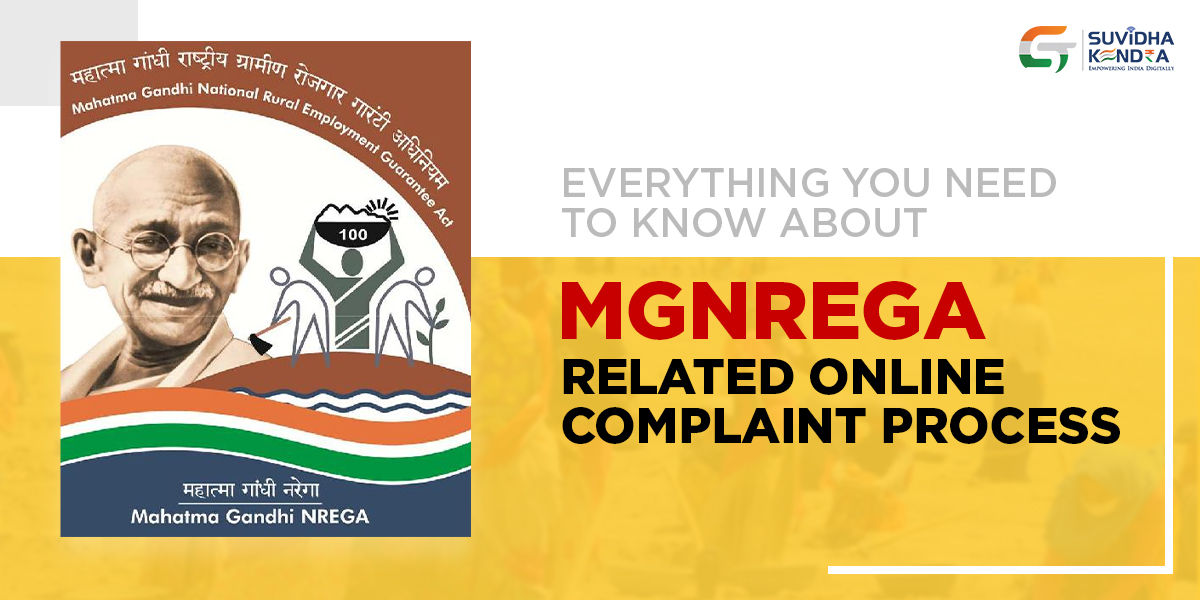 In a country like India, MGNREGA Scheme is like a boon to the poor and needy. It helps rural people to fight unemployment. Its aim is to serve almost 52 million people and provide a livelihood to their families. To know all about MGNREGA and how the MGNREGA-related online complaint process works read this blog:

MGNREGA stands for Mahatma Gandhi National Rural Employment Guarantee Act, 2005. It was earlier known as NREGA. The Ministry of Rural Development (MoRD) conducts this program. The aim of this scheme is to enhance livelihood in rural areas. The scheme guarantees at least 100 days of wage employment in a year.

NREGA Act was passed under the UPA government on 23 August 2005. The face of the government was PM Manmohan Singh. It was implemented in the year 2006.

In 1991, the Act was first proposed as a pilot scheme by P.V Narshima Rao’s government. It evolved as the MGNREGA in the early 2000s.

In 2009, this Act was amended to change the nomenclature. From NREGA, it became MGNREGA.

The main motive of this Act is to upgrade food security, develop infrastructure, and find jobs for agricultural labours in the lean season.

Some MGNREGA objectives are as follows:

The main principle of MGNREGA are as follows:

MGNREGA schemes provide jobs to poor people and to keep a record of this Job Cards are designed. This card is issued to every household whose member has demanded a job under MGNREGA. Every Cardholder is entitled to 100 days of casual manual labor.

Some of the Benefits of the MGNREGA Job Card

Role of Gram Panchayat in MGNREGA

Role of Gram Sabha in MGNREGA

Role of State Government in MGNREGA

If you have applied for this scheme and are not getting the job, you can complain. Also, this is the case when you’re not getting your wage. In the present scenario, online complaints are convenient. You can draft a complaint at your comfort. From filing the complaint to checking the status of your complaint everything is possible with a finger click. You don’t need to hustle.

Why do people choose Online Complaints?

These days, people choose to file their complaints digitally. The Internet has given them a voice to complain. Earlier, people complained about their concerns physically. They got no solution even after a series of attempts. However, this is not the case in online complaints.

Who can register for MGNREGA-related complaints?

How can I register a complaint in MGNREGA?

Under the section ‘Details and Location of Complainant’, fill in these items:

In the next section which is ‘Details and Location of Complaint’, fill in these items:

After this, another complaint category will appear. Select the reason for your complaint from these drop-down boxes. Fill date of the complaint and the date of the event.

Finally, you need to share the name and other details of witnesses and details of the document under the section ‘Evidence submitted by complainant to prove complaint. After filling all the sections carefully, click ‘Save’ complaint.

When to register MNREGS complaint?

The following are the cases when you need to complain:

Similarly, there are many issues about which you can complain in MGNREGA. These are as follows:

How to Check the status of MNREGA complaint

After submitting your complaint, you may feel curious to know the status. To check the status you can click on the government site. Enter your complaint ID here and proceed.

When filing online complaints related to MGNREGA, you may encounter the term Ombudsman somewhere. This is a representative body. It deals with the complaints made by the public against the government or any organisations like banks and insurance companies.

The MGNREGA Ombudsman was formulated under Section 27 of the MGNREGA Act. Its main motto is to establish a system that can represent the common man.

To make the process of the complaint easy, Ombudsman App was launched by the Union Minister for Rural Development and Panchayati Raj, Giriraj Sing. This app helps the government to maintain transparency.

Is MGNREGA just for BPL?

No, MGNREGA is not just for BPL. Well, this scheme is for each individual from rural India. A person must be 18 years old.

Is MGNREGA a Centrally Sponsored Scheme or a Central Sector Scheme?