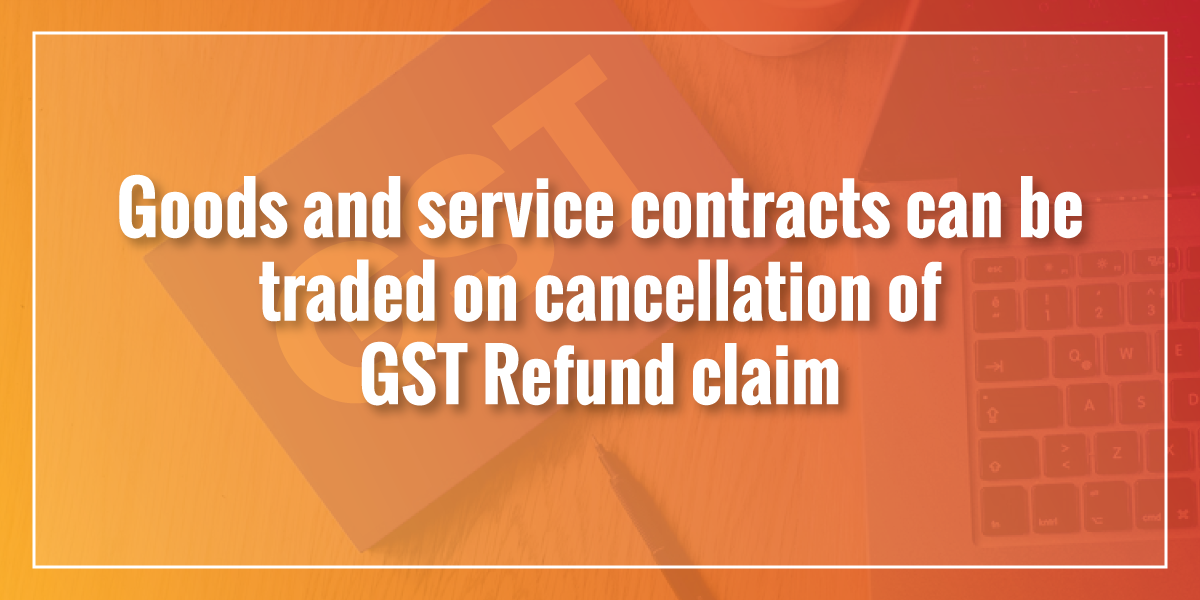 The Central Indirect and Customs Board (CBIC) has allowed the aviation and hotel sector to withdraw GST in cases where bills were made, but the contract was later canceled. The board has taken this step keeping in mind the large scale cancellations in the airline and hotel sector. The CBIC has issued some clarifications in view of the difficulties faced by taxpayers in meeting compliance requirements due to the Coronavirus crisis.

Regarding the cases where the amount has been taken in advance in lieu of service and the bills were deducted, but they were subsequently canceled, the Central Board of Indirect and Customs clarified that the cases where there is no output liability And in lieu of which the credit note can be adjusted, in such cases the registered person can come forward to claim. An additional payment of tax, if any, can be claimed through the form GST RFD-01.

Similarly, in cases where the goods were supplied and bills were generated with tax for the same, but later the buyer returned the item concerned. Regarding this, the Board says, where there is no production liability, in lieu of which ‘credit note’ can be adjusted, the supplier of goods can claim for refund of tax. For that also GST RFD-01 form has to be filled.

The CBIC has issued this clarification at a time when large-scale ‘bookings’ are being canceled due to the coronavirus epidemic in the aviation and hotel sectors and the ongoing ‘lockdown’ for its prevention. Rajat Mohan, the senior partner of AMRG & Associates, said that this clarification would provide relief to the areas which are most affected by the current crisis and would be able to claim tax refund from the government.

Also, CBIC has also clarified that exporters can submit affidavits for 2020-21 by June 30, while earlier this deadline was till the end of March. Under the Goods and Services Tax (GST), exporters are allowed to export only by giving an affidavit without paying Integrated GST (IGST).