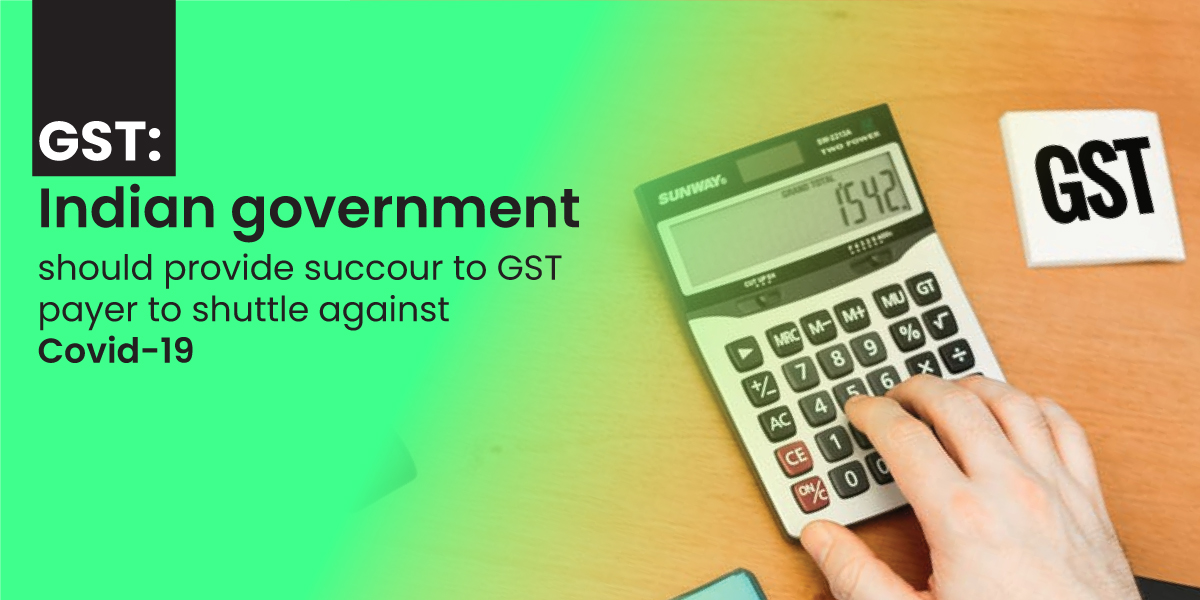 The government has been discussing various issues that has been faced by the business or businessman regarding GST return so we are going to discuss over here what are the major steps that has been taken by the government on various issue that are GSTR- 1 and GSTR-3BThe announcement of the lockdown has been declared on 25th of march 2028 the time the investigation we are going on from that day now this investigation has been settled. Now they are working on the lower document model.

At this time they are used to measure steps taken by the Indian government as well as other countries’ government or we can say global government against COVID-19. Due to this coronavirus use economic impact has been seen throughout the countries.

Indian government also observing the downfall Indian economy. after seeing this Indian economy announced last week or it is announced by the RBI that is reserve Bank of India then there will be e less interest has been applied on some loans that has been taken by the people from different Bank. Now looking towards GST Indian government also announced that there will be e some flexibility has been given to the taxpayer. The flexibility is in the form of a delay in payment of GST. And this delay of payment flexibility has been given without interest. These all flexibility e of GST has been depend upon the size and type of the business and the delay time period of the taxpayer.

There is a major step has been taken to fight with COVID-19 is lockdown has been applied throughout the country. before applying log down there was several meetings has been organised by the Indian government and major role has been played by the finance ministry. The main discussion topic in that meeting was how to survive small scale business at the time of lockdown.
Now the Indian government start doing propel with small scale business man. The major thing has been discussed with odd disclosed with the vendors there GSTR -1 return and the company start purchasing their register.

To recall, all businessman or businesses that are having CIA number they can take profit from input tax credit in a month.

After seeing this concern finance ministry has said that some of the businesses had also reach to their supplier for Windows how to fill GSTR -1 ab to the original timeline which has been generated by the Indian government of goods and services tax. The government takes action on this situation and giving relief to the taxpayer from the period of February 2020 – August 2020. The government these text period of February to August in the month of September 2020.

After facing all this concern there is a major concern has been addressed by the government is that filling of GSTR -3B, this issue has been created due to a certain lockdown has been applicable in the country and you to lock down it is been announced that digital signature certificate are not available with them to fill GST return. So to remove this issue the adjustment has been done by the taxpayer they paid text the the by utilising of input credit tax for giving hard cash. On the day of the announcement of lockdown there were many files which are under observation and these files has been settled by lower revenue level authority. so these are the various issue that has been faced by businesses for small scale businesses after lockdown due to coronavirus aur covid-19.