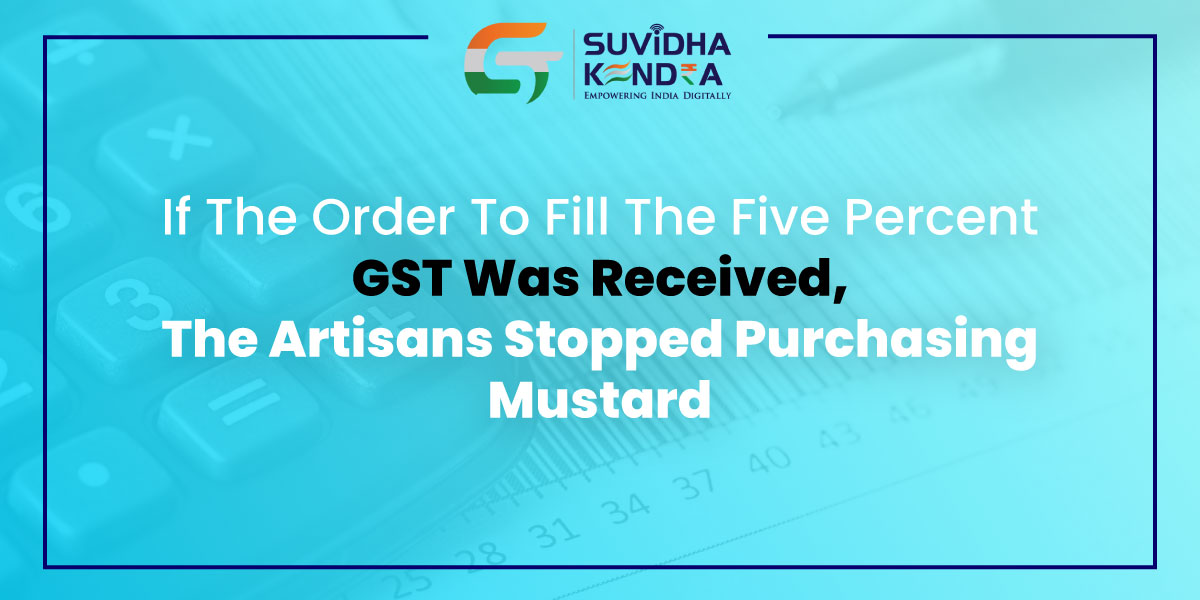 If the order to fill the five percent GST was received, the artisans stopped purchasing mustard, the farmers expressed anger, the purchase started after eight hours. Rewari After the state government imposed a 5 percent GST condition on adhatis, the middlemen of Kanwali Mandi stopped working in a fit of rage on Friday. Messages were sent to 100 farmers from the market committee to purchase their produce. But when the farmers reached Mandi to sell their produce at 8 am, the gate was found closed there. After this, a round of negotiations between the Adhatiyas and Hafed officials started which continued till noon. After this, the adhatiyas announced the closure of the purchase citing the officials’ inability to fill GST in writing.

Outside the market, the helpless farmer looked for some solution among the responsibilities. When the harsh sunlight persisted in the afternoon, some farmers reached Mandi Gate and started expressing anger. After this,the authorities also called the matter calm by asking for early resolution. After this evening 3.Purchase started at 20 pm. For two hours, officials were shaken hands to make arrangements

After the consent of the accountants and the jobbers of the mandi, the purchase was able to begin in eight hours, due to which the farmers also breathed a sigh of relief. For two hours after the procurement started, the hands of the responsible people were swollen in making arrangements. After this, the arrangements ran smoothly in two hours, after which the market committee officers and employees breathed a sigh of relief.

The farmer said – Who will pay double the fare of vehicles
The farmers, who had received the message of the sale of produce, started reaching Mandi by filling their harvests at 8 am. But they were not allowed inside till noon, causing anger among the farmers. Farmers Sajjan Singh, Anil Kumar, Raj Singh, Satish Kumar, Dhirendra Seha, Abhay Singh, Mahesh Kumar, Ravindra Kumar, Vijay Singh Dahina etc. reported that they reached Mandi at 8 am, but farmers were neither given tokens nor He was allowed inside the market. Mandi’s gate was kept closed till noon. Procurement has started at three o’clock in the evening, now they will have to wait a long time to sell the produce.

Procurement agency to pay 2% commission to pay 3% GST
In Mandi, procurement agency Baba Zinda Trading Company Dahina to Navneet, Sultan Company to Pawan Kumar, Shri Krishna to Satish, Varsha Company to Rambir, Salasar to Mahendra Chairman, Kuldeep, Kamal Singh, Roshan etc. told that the state government has imposed the purchase of mustard Wali had promised to bear 5 percent GST himself. But now the warehouse officials have asked them to pay 5 percent GST, which is a gross injustice to them. If you pay 5 percent GST and purchase, the jobbers will suffer. Now 3 percent will be paid by GAT and 2 percent will be paid by the procurement agency, on the condition that the purchase has started again.