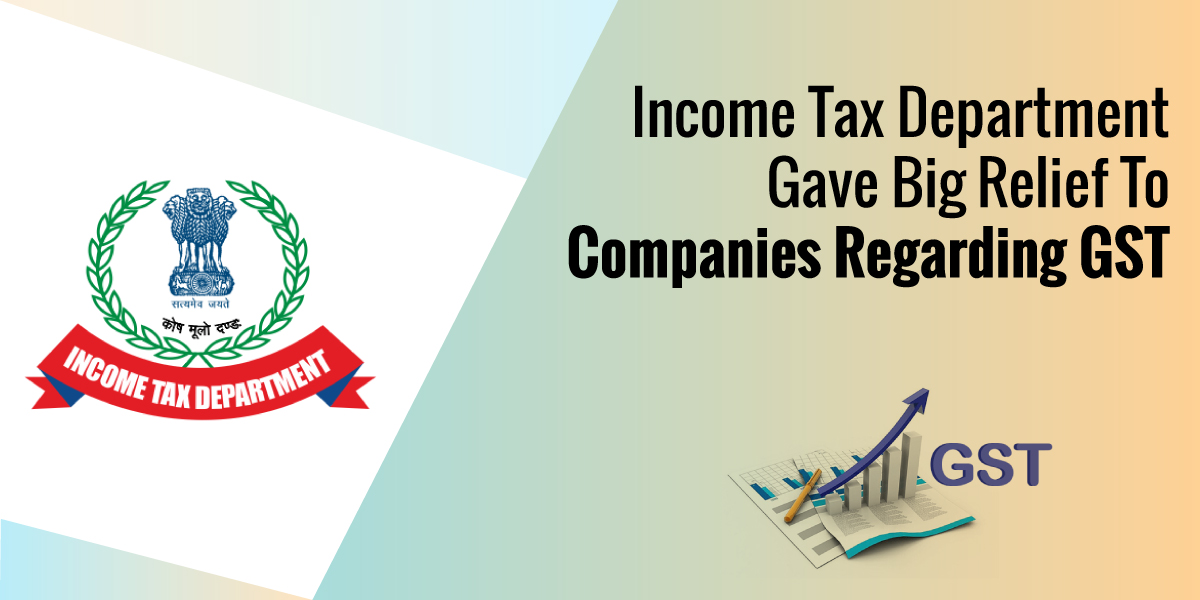 Coronavirus (Covid-19): The Income Tax Department has deferred the need for companies to include the details of Goods and Services Tax (GST) and GAAR in their income tax audit report for the third consecutive time. Companies no longer need to give details of GST and GAAR in their Income Tax Audit Report by 31 March 2021. In an order issued on Monday by the Central Board of Direct Taxes (CBDT), it has been said that the board has received several memoranda regarding the problems in this regard. In view of the situation arising out of the current coronavirus epidemic, the board has decided to exempt the tax audit report by including the details of the GST and General Anti Avoidance Rule-GAAR by 31 March 2021.

In the case of business units operating more than Rs 1 crore, companies paying tax under the estimated taxation regime, professionals with gross receipts of Rs 2 crore and more than Rs 50 lakh have to comply with the tax audit requirements. September 30 is the fixed date for this return and if the taxpayer falls under the valuation transfer provision, then there is time till November 30 for that. The CBDT has stated that it has received a memorandum regarding the difficulty in meeting the requirements under Article 30C and GA 44 in the case of GST compliance in Form No. 3 CD. The concerned parties say that the deadline for implementing these provisions should be extended in view of Kovid-19.

The board said that after examining the case in view of the situation arising in the entire country due to the Kovid-19 pandemic, it was decided that the requirement for reporting under Article 30C and Article 44 in the tax audit report was 31 March 2021 Should be avoided till, in July 2018, the Income Tax Department changed the tax audit form-3 CD which sought details of GAR along with GST. This step was taken to prevent companies from showing their deals through other countries to avoid tax payment. These changes were to be implemented from August 20, 2018. From time to time, the date of implementation of it kept moving forward and now it has been extended till 31 March 2021.