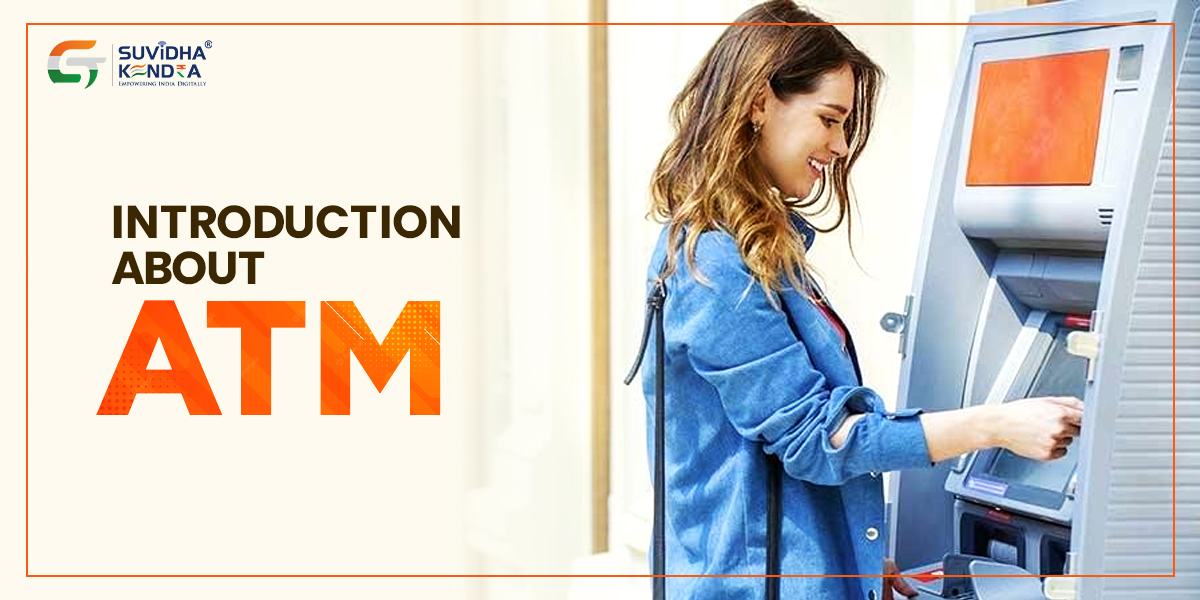 “ATM is only useful innovation in banking”: Paul Volcker, American Economist and Ex-Chairman of Federal Reserve

ATMs relieve us from the long queues to withdraw money. Otherwise, we were dependent purely on the bank to withdraw our money. It revolutionised the banking industry.

Here is the introduction about ATM, read it and boost your knowledge.

This computer-based machine stands for an Automated Teller Machine. It is a unique type of computer that makes cash withdrawal convenient. Not only cash withdrawal, but you can also check your account balances, deposit money, and can print a statement of your account activities.

With the fame of supermarkets, automated public transportation ticketing, and candy dispensers, ATMs finds its origin. It was in the 1950s and 1960s when ATMs or cash dispensers were popularized.

The first cash dispenser machine was deployed in Japan around the 1960s. However, no one is sure about it because it was not published anywhere at that time. The first ATM appeared in London in the year 1967. It was seen at a branch of Barclays Bank. This cash dispenser was inaugurated by actor and comedian Reg Varney.

On September 2, 1969, America’s first ATM made its public debut. In New York, it dispensed cash to users at Chemical Bank in Rockville Centre.

Further automation was the outcome of the necessity of human intervention in early systems. Around the 1970s, interbank communication networks were introduced which means a person could use one bank’s card at another bank’s ATM.

ATMs’ popularity can be figured out by being found even in tiny island nations such as Kiribati and the Federated States of Micronesia.

The ATMs are the end results of a bunch of innovations. Many inventors worked hard and because of this, we are using ATMs today.

In 1960, Luther George Simijan invented the ATM. Later in 1962, Adrian Ashfield developed the idea of a card system. That card helped in monitoring the dispense of goods and services.

Well, there are many more who contributed to shaping ATMs. Some very famous personalities were Do Duc Cuong, Donald Wetzel and John Shepherd-Barron.

The further classification says that there are onsite ATMs and offsite ATMs. The onsite ATMs are situated within the bank campuses, while offsites ones are present in different locations. Offsites ATMs assure that people can withdraw cash if they can’t go to the bank.

ATMs are also classified on the basis of labels assigned to them. Some of the labels are mentioned below:

It is true that different countries have different kinds of ATMs. But, the basic elements from which they are developed are similar. Some of the major elements are

This reads the magnetic stripe on the back of the card or the chip on the front of the card.

It is used by the customer to feed information, the type of bank account, PIN, and amount of transaction.

This slot dispensed cash. This is situated at the bottom of the machine.

The ATMs have a display screen that guides the user to make the transaction. In case you need information about your bank account, it is also transmitted on the screen.

Every ATM machine has a printer so that it can print receipts if the consumer requests for it. The receipts contain the amount, the type of transaction, the account balance, etc.

How to Use an ATM

You need to insert your card-either a bank debit card or a credit card in the slot of the ATM machines. Once the machine reads your card, it will ask you some questions like whether would you like to withdraw cash, or if you want bank details.

In India, you will get language options while using an ATM. Customers are authenticated by a PIN before the transaction is made.

Do you know how ATMs get to know your bank details when you insert a card into the machine? This is because many cards come along with a chip. This chip transfer data from the card to the machine. This is very similar to bar code.

You might have heard about Micro ATMs. They are mini versions of ATMs. It contains a card swipe facility to withdraw money. They are handy and easy to use. But, do you know, there are many threats to Micro ATMs?

How much cash can I get out of an ATM?

The money that you can withdraw from an ATM per day, per week or per month varies according to your bank and account status. Suppose, you have a savings account, you can withdraw ₹20,000- ₹50,000 per day from an ATM. Each transaction is limited to ₹10,000.

Can I take ownership of ATMs?

Rather than banks and credit unions, individuals and businessmen can also own ATMs. They can buy or lease ATMs through the ATM franchise. If small businesses such as cafes or petrol pumps own ATMs, the profit model is based on charging fees to the machines’ users.

It can be seen that ATMs have many uses. It is easily accessible and makes banking work convenient. It helps people in times of emergency. Nowadays, malls and hospitals have ATMs so that you can just insert your card and make the payment. You can withdraw cash even on holidays.

What is an ATM?

An ATM is a computer-based machine used for money transfers and deposits. It allows us to check account balances. Also, you can withdraw or deposit money with the help of an ATM.

What are White Label ATMs (WLAs)?

If non-banking bodies owned and run ATMs then it is known as WLAs. Under the Payment and Settlement Systems Act 2007, the Operators of non-bank ATMs are authorised. You can check the list of authorised WLA operators on the website of RBI.

What is a PIN?

The PIN is a short form of Personal Identification Numeric. The numeric password is separately handed over to the customer while issuing cards. Customers should keep their PIN secret.