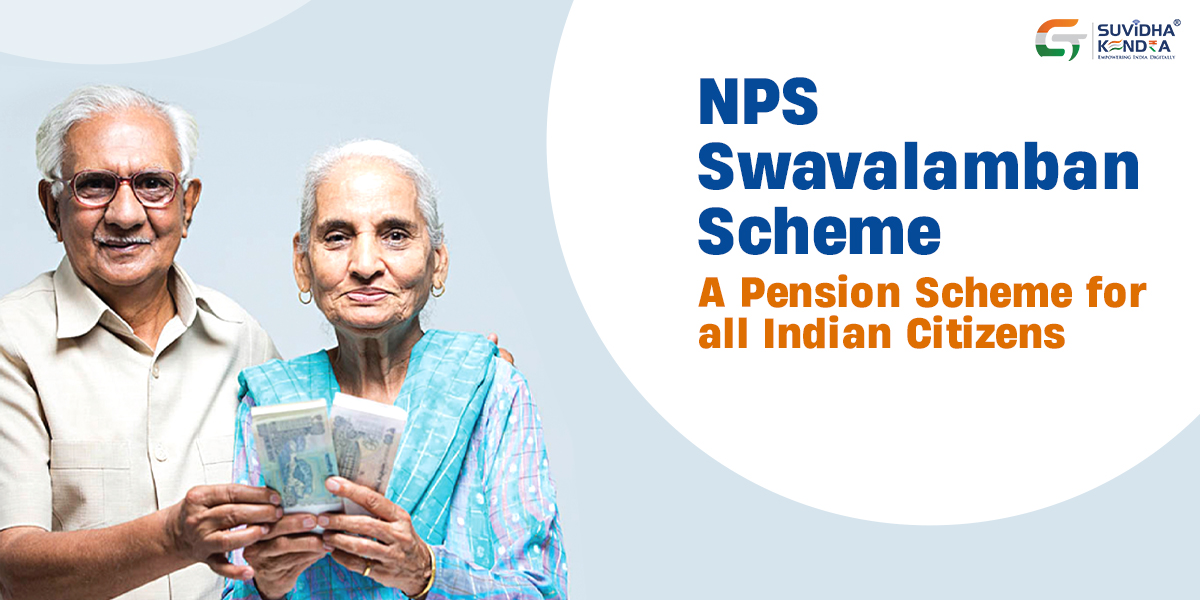 A Pension is a fund used to maintain a standard of living after retirement. There are many insurance companies that offer plans including pension or retirement plans. A person has to fund a certain amount to have a considerable amount.

In 2004, the Government of India came up with the “National Pension System” for the pension fund. It aims to provide retirement income for all Indian citizens.

In addition, there was a need to motivate the unorganized sector so that they should save for their retirement. The Central Government introduced a co-contributory pension scheme for this. It was the “Swavalamban Scheme.”

Let’s have a read about it.

What is the Swavalamban scheme?

The Swavalamban Pension Scheme is defined as a New Pension System (NPS). This scheme is governed by two bodies. These are the Development Authority (PFRDA) and Interim Pension Fund Regulatory. Any Indian citizen can apply for the scheme in the prescribed format. They should be a member of the unorganized sector.

The yojana aims to offer social security to the people through saving money for old age. For this, an applicant has to deposit a cost once a year till he/she attains 60. The corpus can be drawn in a lump sum amount of 60% till 70 years of age. Also, the rest of the 40% amount is converted into an annuity as a monthly pension.

Features of the scheme

The features of the scheme are as follows:

An aggregator can help you to set up an account. For this, you must be under the unorganized sector and eligible for the scheme.

The scheme is economical as you don’t have to pay or contribute a high amount per annum.

The yojana is open to all eligible Indian citizens who are between 18-60 years of age group. You can freely choose an amount for investment.

You can safely invest in the scheme. It is because the scheme is under the regulation of PFRDA. It is regulated with regular monitoring, transparent norms for investment, and much more.

The foremost eligible criteria for a person is that he/she must be an Indian citizen. Also, their age should be between 18-60 years. If they are below 18, they will not be eligible for subscribing to the scheme.

Other eligible criteria are as follows:

Benefits of the scheme

The Government of India contributed Rs. 1000/- till 2016-17 under this scheme. Each applicant received contributions in their account on a yearly basis.

You will have to contact the aggregator. Fill up the enrollment form to open a scheme account. After that, provide KYC documents such as identity proof, address proof, etc. You will have to do a minimal contribution of Rs 100/- during registration.

In the end, the aggregator will provide you with your PRAN card. This card consists of your Permanent Retirement Account Number. 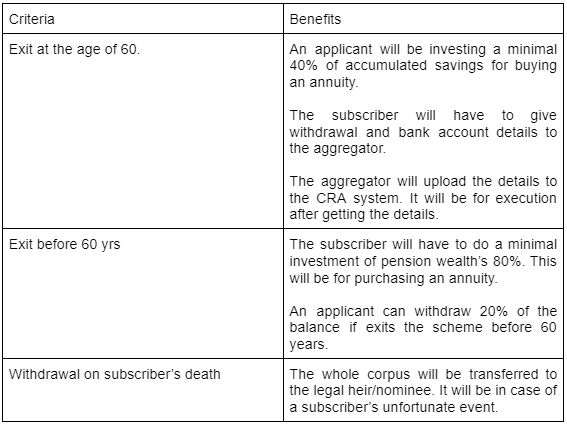 The redressal of grievances is managed by Central Grievance Management System (CGMS). This system is at NSDL (CRA) level. In the process, the CRA will receive grievances from subscribers. It will forward those grievances to the concerned agency.

From time to time, the CRA will follow up on the complaints till resolution. The branches of NSDL will have to make sure that complaints against the Branch/Bank are resolved within 7 days. This must be done before the CRA’s receipt date.

The complainant can approach the GRC of PFRDA if the case is not solved within 30 days.

Benefits of tax will be provided to the applicant as per the Income Tax Act,1961, under the scheme. It will be according to the amendments done in the act every once in a while.

NPS Swavalamban is a Central Government scheme applicable to all Indian citizens. The scheme was discontinued on 1st April 2015 and merged with Atal Pension Yojana (APY).

If the NPS subscriber has not migrated to APY, they can exit or continue the scheme till 60 years of age.