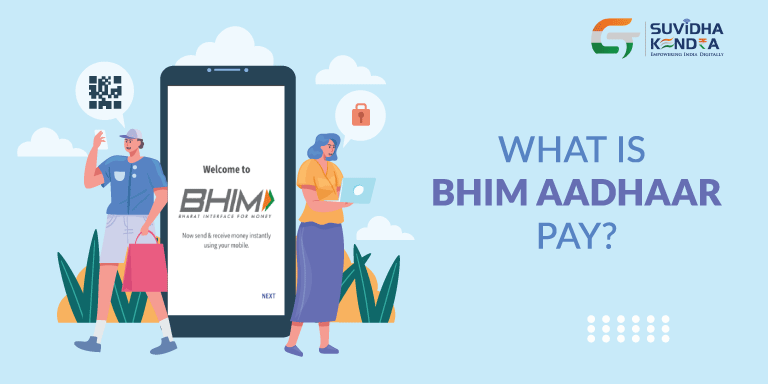 BHIM stands for Bharat Interface for money. This app processes transactions using UPI in an easy way. It is effortless to use. You can pay and collect funds with a UPI ID or phone number.

This is a notable step in the journey of India’s economy. It allows businesses to reach easily to their customers across the country. This app is available on Android phones. iOS users can also access the BHIM app.

How To Use BHIM App?

Some easy steps that will guide you to use BHIM App:

To pay, you can scan the QR of the receiver. To check the balance, enter the UPI PIN.

Stuffs One can do with BHIM Aadhaar Pay

If you’re a merchant, you can make transactions via this system. People can pay for funds with the help of Aadhaar numbers to purchase things. Users can track their transaction’s status.

Some more things that you choose to do with BHIM Aadhaar Pay:

If you want to pay with this app, connect your Aadhaar to your account. You should download Aadhaar Pay. Use a scanner to accept payments from customers from Aadhaar-linked bank accounts.

Where can I use BHIM Aadhaar Pay to pay?

Customers can pay with BHIM Aadhaar Pay at all merchant locations where it is available.

The merchant enters the customer’s details and the amount on BHIM Aadhaar Pay App. After selecting the bank, customers have to provide their biometrics on the Merchant App.

Is BHIM Aadhaar Pay accessible on all mobile phones?

BHIM Aadhaar Pay is not available for all kinds of handsets. This app is for Android phones (The Android version should be at least 4.4). It is also available for the Operating System iOS 9.0 and above.

Is there a limit for a transaction?

Can I pay without an internet connection on BHIM App?

Yes, you can pay without an internet connection on BHIM App. You just need to dial *99# from your mobile phone.

When you dial this number, a screen will appear with some options. These options include sending money, checking your balance, or seeing transaction history.

The difference between UPI vs BHIM

UPI is structured for receiving and sending money via mobile phones. However, BHIM is an independent e-wallet app. Any UPI-enabled banks can be connected with the BHIM app.

BHIM App is a government app that is linked to your bank account directly. BHIM app is believed to be the most trustworthy app in India. This is also because you can process transactions without internet connectivity. It has three-level authentication.

How can a Merchant become eligible for Incentive Scheme?

To become eligible for the Incentive Scheme of BHIM, the merchants need to register his/ her device via Micro-ATM/ POS, mPOS, Kiosk/ Tablet/ Mobile Handset.

What is the Incentive received by Merchant on BHIM Aadhaar Pay App?