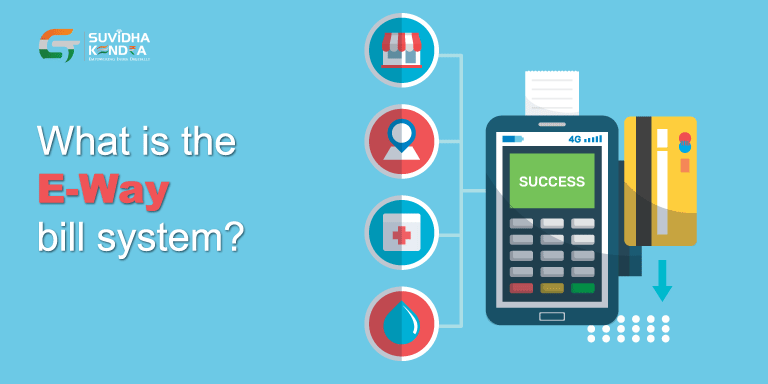 E-Way Bill or electronic way bill is simply a compliance mechanism. It is a document that contains shipment details for goods’ assignments.

According to the e-way bill mechanism, an individual handling the movement of goods uploads pertinent details. But, they need to upload the details before the good’s transportation.

Some Points Related to E-way Bill

It is an electronic document crafted on the portal of GST. It marks the moving of goods. It has 2 components:

It contains many details. They are

It consists of information about the transporter such as Vehicle number.

Who can Generate the E-way Bill?

The consignee or consignor can generate an E-way bill:-

The transporter must create the bill in the following cases:

How is it Generated?

You should Log in to the official portal of this app to generate an E-way bill. The process of generation of the E-Way Bill is simple.

The various ways of generation of e-way bills are

If the e-Way Bill is generated with the correct inputs, it will be accepted. You can generate a fresh e-Way Bill.

The potency of the e-way bill calculates with the distance. If the location is less than 100km, the account will be legit for a day. For distances more than 100 km, the validity will be one more day from the relevant date.

Typically, the validity of the e-way bill can’t be extended. But, Commissioners have the right to extend the validity period in certain cases.

(Relevant Date: The date of formation of the e-way bill. The validity’s time is noted from when the e-way invoice was created. Each day is counted as 24 hours.

Within an interval of 24 hours of the creation of the e-way bill, the Commissioner may notify the Facilitation Center to cancel it. According to Rule 138B of the CGST Rules, 2017, if the bill is verified, it can’t be cancelled.

If you’re running an e-way bill business, you can also open GST Suvidha Kendra®. It is the best business platform that gives you a chance to earn.

Cases: No Need for E-way Bill

You need not create an e-way bill in these cases:

According to the 138 of the CGST Rules, 2017, “If e-way bills are not sanctioned as mentioned in the Rules, it will be considered as a breach”.

If without specific documents, a taxable person transports taxable goods, he/she will be charged with a penalty of ₹10,000. It is mentioned in Section 122 of the CGST Act, 2017.

According to section 129 of the CGST Act, 2017, if an individual transports products or stores them which are used as resources can be seized. The automobile and the documents of the same will be seized also.

E-Way Bill reduces travel time as well as cost. Overall, it’s a mechanism that ensures goods are being transported with GST Law.