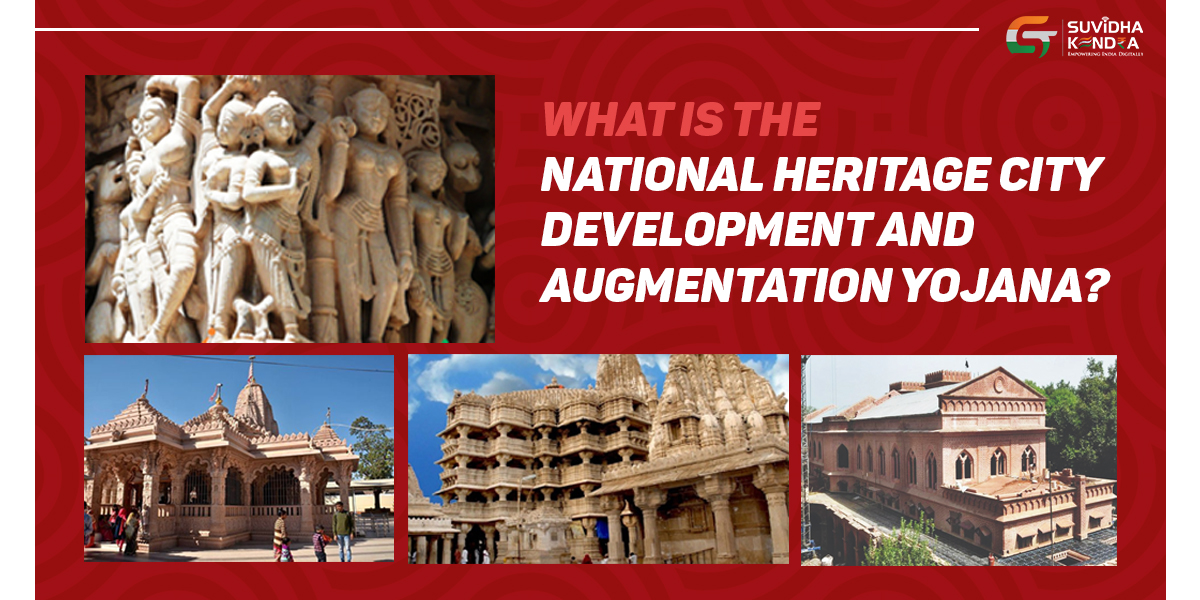 Our Indian heritage has its own history & each place is a focus point for economic exercises. But due to climate requirements & man-made harms, these places have become hazardous.

To prevent harm and boost tourism the Ministry of Urban Development launched a scheme. It was “HRIDAY”. This scheme was also called Heritage City Development and Augmentation Yojana. It was established on 21st January 2015, with the purpose of holistic growth in heritage cities.

This project aims to-

An overview of HRIDAY

What are the problems in the protection of the heritage sites?

The heritage areas in the country are overcrowded and neglected. They are having bad basic services and frameworks such as sanitation, roads, etc. Moreover, the basic facilities like street lights, toilets, are not in proper condition.

There are numerous objections to the management of these heritage areas. These are:

What is the Scheme Statement?

The scheme states the following points:

What are the objectives of HRIDAY?

The major objectives of HRIDAY are as follows:

What was the duration of the scheme?

HRIDAY was a central sector scheme. In this project, the Government of India provided 100% funding. This project was executed in a mission way. It was from December 2014 to March 2019. The total cost for this scheme was Rs 500 Crore.

What is the funding Procedure?

MoUD release the fund to executing agencies. The distribution of the project fund with HRIDAY will be out as per the total annual allocation. The chart below represents the allocation:

Which cities are under HRIDAY?

There are 12 cities that were selected by State and Central Government. These cities were highlighted for expansion. They were:

The cities in the list can get added after consideration.

The central sector scheme HRIDAY was put into effect on 31st March 2019. After that, no new cities/ project was added to this mission. The finance for the complete mission duration was given directly to the cities.

The project application was monitored through video conferencing and review meetings. It was with the city or State Government who were involved in this mission.